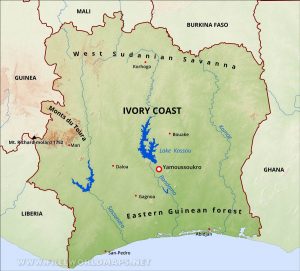 Abidjan — Ivory Coast bitumen maker SMB expects sales to double in the next two years, boosted by a boom in road building in Nigeria, Ghana and its domestic market, the company’s general director said on Friday.

Societe Multinationale des Bitumes (SMB), the only bitumen producer based in West and Central Africa, sold about 210,000 tonnes in 2018, up from 192,000 tonnes the previous year, said Mamadou Doumbia.

Ivory Coast and Ghana are among the world’s fastest-growing economies, with expected growth rates of 7% and 7.3% respectively this year, the African Development Bank says.

A joint project signed last month with Ghana Oil Company to stock 6,000 metric tonnes of bitumen per year in a Ghana depot will also boost the company’s revenues, Doumbia said, adding that the project should be operational in 2021.