on: January 24, 2018In: Community Development, featured 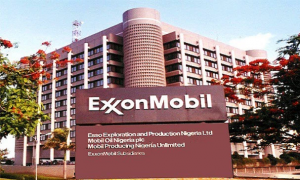 IYC President, Mr. Eric Omare, said Mobil has been using resources at its disposal to frustrate the court case in the last 17years.

Omare spoke in reaction to the recent judgment of the Federal High Court, Warri, in suit number No. FHC/WR/CS/33/20, which ordered Mobil to pay the sum of N1.430 billion as compensation to the communities over a large scale oil spill that affected the communities 20 years ago.

The spill on January 12, 1998, came from Mobil’s Idoho 24inch pipeline, with about 40,000 litres of crude spilling into the Atlantic Ocean.

The IYC leader, who stated that the communities had spent over N500 million on the prosecution of the case and cannot afford to go through another round of resource-wasting court exercise, urged President Muhammadu Buhari to prevail on the oil company to suspend its proposed Appeal and Stay of Execution on the Federal High Court judgment, and pay the communities the judgment sum so as not to flare up tempers in the Niger Delta region.

He hinted of a possible shut down of the Shell-operated Forcados Terminal should Mobil proceed with the Notice of Appeal and Stay of Execution application which it has allegedly already filed to challenge the court judgment.

“The shutting down of oil terminal could lead to another round of economic recession in the country. The spill has caused the communities numerous major health challenges over the years,” Omare said.

A copy of the court judgment sent to SweetcrudeReports by IYC, quoted Justice Shitu Abubakar of the Warri High Court as saying in his ruling: “Accordingly, I enter judgment in favour of the plaintiffs and against the defendant as per the plaintiff’s writ of summons.

‘‘For the avoidance of doubt, I order the defendant to pay to the plaintiffs as follows, N980 mllion being fair and adequate compensation due and payable to the Odimodi federated communities for injurious effect, ecological damage, loss of means of livelihood and damage to fishing creeks, rivers, lakes, ponds, streams, mangrove swamps farmlands, economic trees and health hazards emanating directly from the intimately connected land area with the defendant’s Idoho 24” leaked oil  pipeline spillage of January 12, 1998 , in line with the recommendations of  expert valuation reports submitted to the defendant on behalf of the Odimodi federated communities in Burutu local government area of Delta State.

“N450 million being fair payment and adequate compensation due and made payable to the Forcados community for injurious effect”.