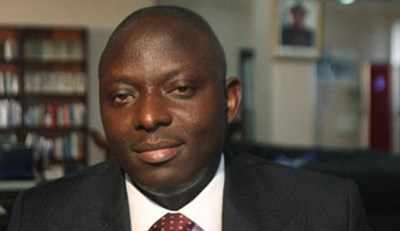 04 June 2018, Sweetcrude, Port Harcourt – The Ijaw Youth Council, IYC, has described the Appeal Court ruling on the case of ex-Director General of the Nigerian Maritime Administration and Safety Agency, NIMASA, Patrick Akpobolokemi, as a victory for the rule of law.
Recall that the Court of Appeal in Lagos, on Friday discharged and acquitted Mr. Akpobolokemi, who was charged with alleged fraud amounting to N2.6 billion.
The Economic and Financial Crimes Commission, EFCC, had since December 4, 2015, arraigned Akpobolokemi alongside five others for allegedly diverting N2.6 billion from the coffers of NIMASA between December 2013 and May 2014.
But President of IYC, Mr. Eric Omare, told our correspondent that the Federal Government and her agencies have no right to tag any Nigerian corrupt until the court decides the person’s fate, since it is only the court that has the right to do so.
Omare, while reacting to the Appeal Court judgement, urged the President Muhammadu Buhari-led government to fight the anti-corruption war within the ambit of the law that is based on public interest and not because of political interest.
He said some of the corruption cases under this administration were politically-motivated just like in the case of Government Ekpemupolo (Tompolo), saying that there was no substance in some of the cases.
According to him, “For the fact that somebody is charged to court does not mean the person is guilty, and the event at the Court of Appeal on Friday has proven that.
“For me I congratulate the judiciary, although the Federal Government say they are moving to the supreme court. Most importantly, what is at play is the rule of law. It is not about Akpobolokemi but a victory for the rule of law.
“It is one thing to take somebody to court, it is another thing to prove it. The case of Akpobolokemi has shown that it is not enough to take someone to court because it is the court that has the power to decide whether a person is guilty or not.
“Above all, EFCC must move from the era of political prosecution to the era of prosecution in the interest of the state.
“Before a person is taken to court, EFCC must be convinced that there is a good case that needs to be prosecuted in the public interest not because the person is not in your political party or that you don’t like his face. Cases should not be done because of political reason,” the Ijaw youth leader said.