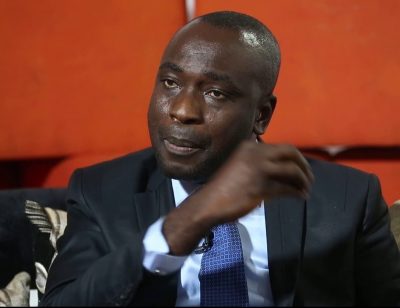 03 December 2017, Sweetcrude, Port Harcourt — The Ijaw Youth Council, IYC worldwide, has called on President Muhammadu Buhari to make a clarification on the funds purportedly released for the take-off of the Nigerian Maritime University in Okerenkoko, Warri Southwest Local Government of Delta State.

President of IYC Mr. Eric Omare, who made this known while speaking to SweetCrude Reports at the weekend expressed worry over the failure of the Federal Government to release funds despite conflicting claims on funding for the school.

Omare wondered why the funds were yet to be released, despite the announcement by the Minister of Niger Delta Affairs, Pastor Usani Uguru, on Saturday, November 11, 2017, that President Muhammadu Buhari has ordered the immediate release of N1 billion for recruitment and provisions of infrastructures for the take-off of the university.

The IYC leader also recalled that Vice President Yemi Osinbanjo at the National Council of Niger Delta meeting in Akure, Ondo State recently, announced that N2 billion has been released towards the take-off of the maritime university.

Omare wondered if the funds announced by the Minister of Niger Delta and the one by Vice President were one and the same money, and urged the federal government to give clarification on the money.

He said during the last administration the sum of N5billion was earmarked for the university, and queried why the present administration has refused to released the funds.

“The IYC dare to ask whether the N1billion President Buhari has ordered to be released is part of the N2billion Vice President Yemi Osinbanjo said has been released or a separate money?

“And if the approved N1billion is separate, what happened to the earlier N2billion that was allegedly released?

“The IYC and the Niger Delta people deserve a response to these questions,” Omare said.

The IYC leader also stated that there was nothing to celebrate yet with respect to the promise to release funds for the take-off of the maritime university.

He lamented that the Buhari-led administration was not sincere with the development of the region, adding that the school could be made to take off even without a budgetary provision in the 2018 budget.

“Up till this moment, not even a dime of that money has been released.

“As far as the IYC is concerned, there is nothing to celebrate because this is just like previous failed promises on the subject matter.

“The IYC would not celebrate until the money is actually released to the university management.”

However, the IYC President called on Niger Delta youths to maintain the peace and give Niger Delta leaders the opportunity to interface with government towards addressing the demands of the region.

He said despite the federal government’s poor and unsatisfactorily handling of the take-off of the maritime university, dialogue remains the best option to every situation.