Japan halts imports of Iranian oil under US pressure 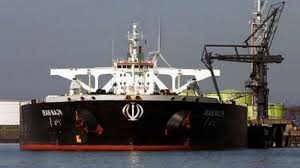 31 August 2018, Sweetcrude, Lagos — Japanese oil companies will stop importing oil from Iran in accordance with the U.S. reinstatement of sanctions on the country.

The Japanese government had attempted unsuccessfully to persuade Washington to exclude its imports of Iranian oil from the scope of the sanctions.

Beginning in October, JXTG Nippon Oil & Energy, Showa Shell Sekiyu, and Fuji Oil will make up for the shortfall by sourcing greater amounts from Saudi Arabia and elsewhere.

During talks in the U.S. capital in August, Japanese negotiators argued there were security concerns involved in participating in the sanctions regime but failed to convince the American side.

With the deadline for securing alternative sources falling in early September, the Japanese government intends to formally notify the oil companies as early as next week that there will be no exemption.

But not all will be impacted by the decision. Idemitsu Kosan is set to end a long-term contract with Iran in late August. Cosmo Energy Holdings, which uses short contracts only months long, will consider whether to continue imports after October, based on the government’s progress in negotiations.

Washington in June demanded that Japan ban imports of Iranian oil by Nov. 4, when the U.S. reintroduces the sanctions.

Japanese financial institutions like MUFG Bank then warned the government that they would suspend all transactions involving Iran unless the U.S. exempted Iranian oil from the sanctions, making it virtually impossible for Japanese oil companies to continue importing from the country.

Japan relies on Middle Eastern countries for about 90% of its oil imports. Iran accounts for the sixth-largest share at roughly 5%, ranking after Russia, but is down from 13% in 2005 because of European and American sanctions.

“Procuring from a mix of countries is essential for a resource-poor nation like Japan,” said an oil industry executive who stressed the importance of continuing to do business with Iran.