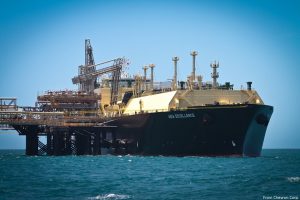 Japan’s anti-monopoly watchdog ruled in June last year that all new LNG contracts should not restrict resale of the fuel, marking a step towards liberalising the LNG market in Asia.

But global LNG suppliers have been slow to revise their contracts for Japanese buyers.

The trade ministry presented the so-called “model diversion clause” for supply contracts at an annual conference in Nagoya. The suggested language follows the lack of action on renegotiating contracts following the last year’ ruling.

Buyers in Japan, the world’s biggest LNG importer, have long complained about the so-called destination clauses restricting resale. They want more leeway to resell spare cargoes but have been prevented by the clauses.

At the time it was thought that ruling would force the renegotiation of billions of dollars of existing LNG contracts.

“No-one has struck out a destination clause on the basis of the ruling, as far as I’m aware,” one lawyer who has spent decades involved in LNG contract negotiations told Reuters at the conference.

In new contracts, the clauses are rarely included, the LNG lawyer said.