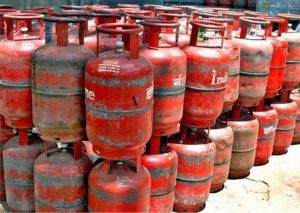 16 August 2018, Tokyo — Japanese utilities and industrial companies are snapping up U.S. cargoes of liquefied petroleum gas (LPG) that are seeking a new home after Chinese buyers started to shun them amid an escalating trade war between Washington and Beijing.

Taking in fuel that would otherwise be heading for China means Japanese imports of U.S. LPG are set to stay strong after already hitting record levels earlier this year.

Robust Japanese purchases of LPG, often used as fuel for transport or cooking, underscore how the impact from the festering trade dispute between Washington and China is rippling across supply chains around the world.

“That has helped push large flows of U.S. LPG to Japan and South Korea, and there’s a high chance that the share of U.S.-produced LPG would rise further.”

Japanese government data released on Thursday shows the country’s imports of LPG from the United States jumped about 13 percent in July from the same month last year to around 460,000 tonnes, while ship tracking data indicates that just a single U.S. LPG cargo has left for China since the start of July.

Washington and Beijing have been locked in a tit-for-tat trade battle, with both sides slapping steep tariffs on each other’s goods in a fight that has sparked dire warnings of economic doom and gloom.

China announced earlier this month that it would impose 25 percent additional tariffs on imports of 333 U.S. goods worth $16 billion from Aug. 23, including LPG.

In the United States, LPG is a by-product of natural gas production and U.S. exports have surged on the back of the shale gas boom of the past decade. U.S. LPG exports now compete with supplies from the Middle East.

U.S. supplies of the fuel, which includes propane and butane, amounted to about 70 percent of total imports in May, according to the Japan LP Gas Association.

Trump has already imposed tariffs on Japanese steel and aluminium and is threatening to place duties on crucial auto exports from Japan if trade isn’t more balanced.

Talks on “free, fair and reciprocal” trade between the U.S. and Japan ended last Friday without any agreement, with the two sides set to meet again in September.