20 January 2019, Sweetcrude, Lagos — Japan was the third largest contributor to crude oil refining capacity in Asia with 3,519 thousand barrels per day (mbd) in 2018.

The country is expected to retain its position despite a decrease in its share from 10% to 8% of Asia’s crude oil refining capacity in 2023, according to GlobalData, a leading data, and analytics company.

Soorya Tejomoortula, Oil & Gas Analyst at GlobalData, comments: “There are no refinery capacity additions in Japan due to several reasons such as the country’s policy to reduce dependence on oil, declining use of transportation fuels, and ongoing program to replace oil with LNG.” 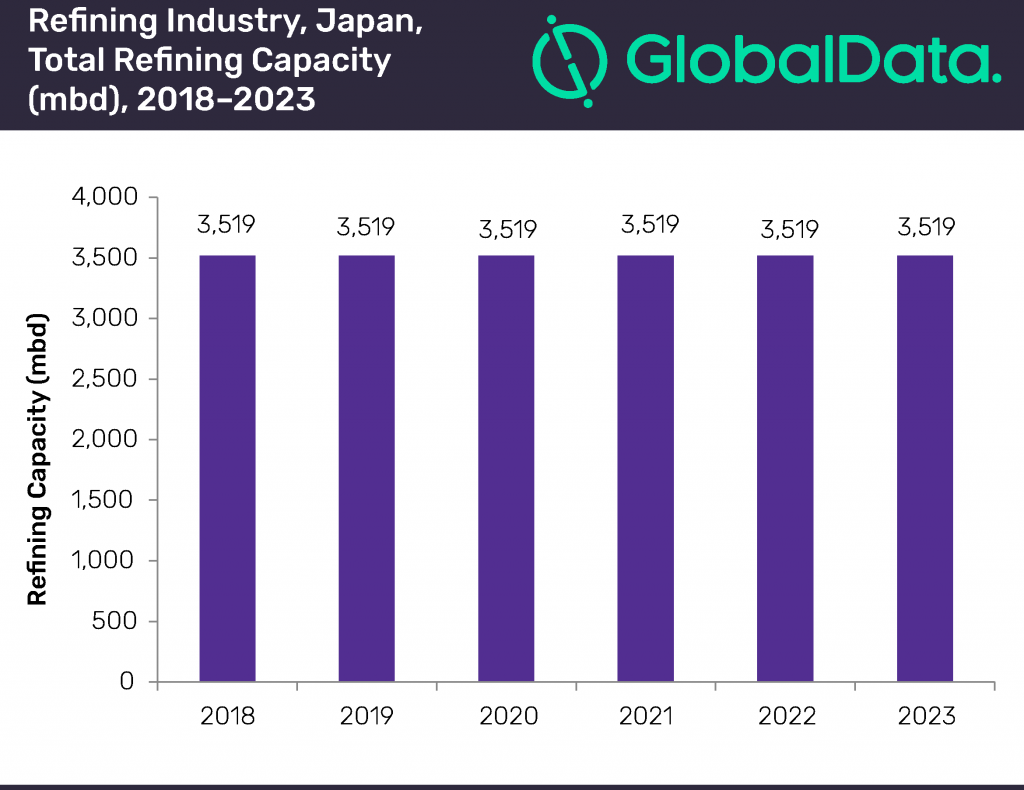 Japan has a total of 23 active crude oil refineries, of which Negishi, Yokkaichi II and Kawasaki will be the major refineries with total refining capacities of 270 mbd, 255 mbd and 235 mbd, respectively, in 2023.