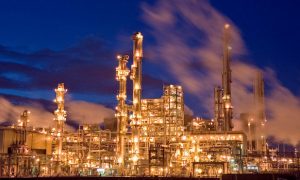 Tokyo — Japanese oil refiners are studying measures to handle potential disruption to crude supply from the Middle East amid mounting tensions in the region, the head of the Japan Petroleum Association (PAJ) said on Friday.

“Refiners are making various simulations in case of emergency in the Middle East,” Takashi Tsukioka, president of the PAJ, told a news conference, after Iran shot down a U.S. military drone on Thursday.

The measures include purchasing spot oil from other areas such as West Africa or the United States, as well as the use of national reserves, he said.

Two tankers, one operated by a Japanese shipping company, were attacked last week in the Gulf. The United States blamed Iran for the attacks, raising concerns about a confrontation and driving up oil prices, despite Tehran denying involvement in the explosions at sea.