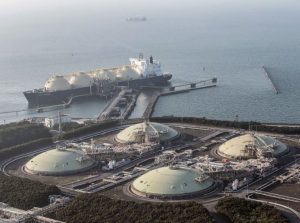 22 May 2018, News Wires – Japanese imports of liquefied natural gas (LNG) dropped 18.3 percent in April as compared to the same month a year ago, according to the provisional data released by Japan’s Ministry of Finance, according to LNG World News.

Japan, the world’s top LNG buyer, imported 5.60 million tonnes of LNG last month. On the other side, the country’s coal imports for power generation rose by 6.7 percent to 8.74 million tonnes.

LNG imports were down for the second consecutive month and they also declined from the previous month when the country received 7.93 million tonnes of LNG.

The value of April LNG imports was about $2.66 billion, down 4 percent year-on-year, the data shows.

To remind, the average price for spot LNG cargoes imported into Japan contracted in the month of April rose from the March figures.