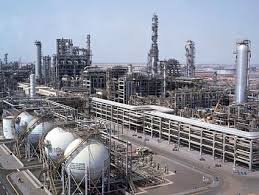 06 December 2017, News wires – JGC Corporation, through the partnership of its unit JGC Indonesia and PT Rekayasa Industri of Indonesia, received an order for a gas processing plant in Bojonegoro, East Java Province, Indonesia.

The company said it has been contracted to provide engineering, procurement and construction (EPC) work for the construction of a gas processing plant.

The project contract calls for the design and construction of a plant to process 330 mmscfd natural gas for the production of 172 mmscfd sales gas, condensate and so on, from natural gas produced by the unitized Jambaran – Tiung Biru gas field in the Bojonegoro area developed by PEPC and its partners.

The Indonesian government has decided, as one of its important policies, to develop a domestic gas supply network to respond to the increasing energy demand in the country, and the project is listed as a strategic program following that policy.

The plan is for the produced sales gas to be used principally by a gas-fired power plant of Indonesia’s state-owned electric power company in East Java province.