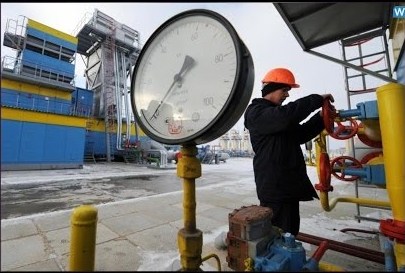 Moscow/Oslo — Russia showed no sign on Monday of carrying out an order by President Vladimir Putin to pump more gas to Europe, deepening European concerns about tight supplies, high prices and energy dependence on Moscow as winter looms.

In a sign of those concerns, the Dutch TTF December gas futures contract — a European benchmark — rose almost 10% on Monday before easing.

Russia provides a third of Europe’s gas and its supply intentions are critical at a time when the surge in spot prices has hit households and businesses alike.

The Kremlin has said Russia is committed to sending more gas to Europe once its domestic storage tanks are replenished, in line with Putin’s order to state energy company Gazprom (GAZP.MM), which said this would be done by Monday. read more

But Gazprom has booked no new capacity on a gas transit pipeline via Ukraine, and flows via the Yamal-Europe pipeline into Germany from Poland were at zero on Monday, data on German transmission company Gascade’s website showed.

With Gazprom’s production and exports near record highs, and its European storage at about one third of the levels of a year ago, some European politicians say Russia can do more to reduce prices and consumer bills.

They are concerned that Moscow is using the situation for political purposes and accuse Russia of manipulating the market to push up prices. Russia denies this.

Asked about the possibility of additional gas supplies to Europe, Kremlin spokesman Dmitry Peskov said: “You need to reach out to Gazprom in regard to their day-to-day operations.”

Gazprom did not reply to a Reuters request for comment.

Russia has denied withholding supplies to Europe to exert pressure on German regulators to approve gas shipments through the new Nord Stream 2 gas pipeline beneath the Baltic Sea.

Germany has until early January to certify the pipeline.

“The main thing here is to wait patiently … this is a very important project that will play an important role in ensuring the energy security of the European continent,” Peskov said.

Putin has said gas could start flowing through the new pipeline from Russia within a day of approval being granted.

The surge in global gas prices is caused by factors including low gas inventories and increased demand due to the economic recovery following the COVID-19 pandemic, as well as tighter-than-usual supplies from Russia.

In Britain, many energy companies, often supplying both gas and electricity to homes and businesses, have struggled and some have gone bust. Consumers face much higher energy bills, and the impact on business has been far-reaching.

British companies and sectors that have been hit include food producers and agriculture, with some fertiliser plants that produce carbon dioxide — used to stun animals before slaughter and prolong the shelf-life of food — forced to shut.

Worrying signs for Europe on Monday included the nearly 10% rise of the Dutch TTF December contract to 81.00 euros per megawatt hour before it eased to 76.70 euros.

Another was that gas bookings into Germany at the Mallnow metering point on the border with Poland were matched by bookings in the opposite direction — meaning zero net flows.

In a sign that gas supplies are not starting, Russia has not booked any additional day-ahead capacity at Mallnow, or via Ukraine at two other crossing points, Sudzha and Sokhranovka.

Ukraine has received no requests from Gazprom to send additional supplies and Russian gas transit remained at 88 million cubic meters per day, below what Gazprom had already booked and paid for, said Sergiy Makogon, the head of the operator of the Ukrainian gas transmission system, in a Facebook post.

Gazprom also does not plan to offer gas for the European spot market on its electronic sales platform this week either, the company’s data showed.