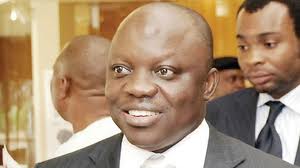 17 April 2014, Asaba – Speculations in some quarters that the first industrial gas city might be relocated from its present location in Delta State was Wednesday laid to rest as President Goodluck Jonathan is expected to perform the groundbreaking ceremony in no distant future.

Governor Emmanuel Uduaghan disclosed this yesterday while inspecting the site of the $16 billion Gas City Project located at Ogidigben in Warri South-West Local Government Area  of the state.

Speaking with journalists during the visit, Uduaghan allayed fears that the project would be moved to a new location because of the communal conflict or leadership tussle involving different groups in Ugborodo community in the area.

He promised that the crisis had been resolved, saying that a committee to liaise with the federal government agencies and the respective companies involved with the project would soon be constituted.

He said President Jonathan would in a few weeks perform the groundbreaking ceremony in a matter of weeks, noting that the site has been made ready for the president’s visit.

According to Uduaghan, “The ground breaking will take place in the next few weeks. Mr. President will come here to do the groundbreaking ceremony. I know it is going to be very soon. They will soon give us a date. We are quite ready; you can see that the site is ready for the ground breaking.”

The governor, who took great pains to explain the enormity and potentials of the project, stressed that the project would benefit generations of not just the host community by Delta State citizens and Nigerians in general, saying numerous ancillary projects and business would be prompted.

He described the tussle among groups in Ugborodo as misguided and unnecessary, considering the immense socio-economic benefits that the Gas City would usher into the area.

Uduaghan said: “My message always to the community is that what is coming here is unimaginable. What they are even fighting for is just like fighting for crumbs of a bigger pie that is coming. They should look more into the future. What is coming here once it succeeds generations unborn will benefit so much from it.
“It is called a gas city because apart from those three projects there is going to be a big housing estate. There is going to be a deep sea port that NPA (Nigerian Ports Authority is going to construct.

“The gas processing plant will act as a feedstock to the petrochemical  and the fertiliser plant. The three projects will cost over $16 billion.

“It is a private public partnership between the federal government through the Ministry of Petroleum Resources, working with private investors and off course the Delta State Government also being part of the project as the host state of the project.

“As the maiden gas city in Nigeria, the would host three major projects: a gas processing plant, a fertiliser plant and a petrochemical plant. There are other projects that will spring up thereafter.

The project would on completion “turn Delta State into the industrial base of Nigeria”, the governor further said, saying the domino economic effect of the gas city project would range from “mass employment generation to providing gas for the nation’s power plants; thereby improving power supply in the country.”

The Project Director of Julius Berger, Mr. Tom Grousser, the project contractor, told the governor that the company mobilised to site in January this year and has already completed 60 per cent of bus clearing, which is scheduled for completion in August, 2014.

Mr Piniki Azaiye conducted the governor round the project, which is expected to form the nucleus of the proposed specialised Marine University