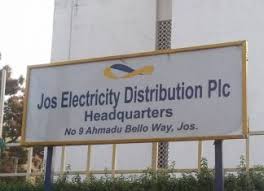 16 March 2018, Sweetcrude, Abuja – The Managing Director/CEO, Jos Electricity Distribution Company (JEDC) Plc, Alhaji Modibo Gidado, has disclosed that the company is targeting about one million customer base in its franchise states of Benue, Bauchi, Gombe and Plateau by the end of 2018 from the current over 472,000.

He also revealed that the company is planning to provide statistical meters on transformers to checkmate the incessant overbilling of customers in Bauchi and environs.

The statistical meters are intended to handle issues affecting energy supply and to curtail indebtedness as well as ensure fairness in the distribution of bills to JED customers.

Gidado who was speaking during JED’s customer consultative forum in Bauchi, warned that the company would prosecute consumers engaged in the habit of bypassing meters, describing them as “energy thieves who want to consume energy without paying for it, and would be prosecuted in accordance with the law”.

The managing director, who was represented by the company’s Head of Planning and Network Expansion, Mansir Salihu Nakande, also said the company has commenced mass metering of its customers in all the four states within its area of coverage (Plateau, Bauchi, Gombe and Benue).

He said the forum was part of the company’s customer charter to explain to their esteemed customers the workings of the company and for them to air their views and grievances to enable the firm deliver better services.

While explaining that “the major challenge of the company is measuring what customers consume and for us to be fair when dealing with customers”, he emphasised that “energy theft is also a serious setback and we are planning to embark on mass literacy campaigns and advocacy to educate the public on the issue”.

Also speaking, the Regional Manager, Bauchi, Afiz Saleh Hassan, reassured customers that the meters being installed are calibrated and certified by the Nigeria Electricity Management Services Agency (NEMSA), adding that “we want to meter every customer in all the local government areas of the state as part of NERC’s regulation”.

Hassan said, “This will enable customers to pay exactly what they consumed, unlike before when some customers complained of overbilling,” adding that the process will maintain uniform tariffs for its customers in “all the four states we cover”.

Various stakeholders and participants at the forum complained of erratic power supply and high bills sent to them even when there was no light.

Others however commended JED for the constant power they are getting.