Kachikwu clarifies under recovery statement credited to him 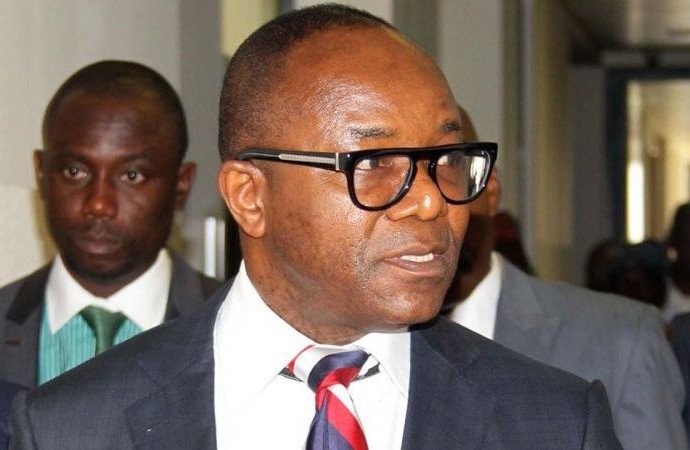 10 April 2018, Sweetcrude, Abuja – The Minister of State for Petroleum Resources has sought to clarify comments credited to him in the media that “Nigeria currently incurs over N1.4 trillion till date as under-recovery or losses on the importation and sale of petrol”.

A statement signed by the Director of Press and Public Relations in the Ministry, Mr. Idang Alibi, noted that, “The attention of the Honourable Minister of State for Petroleum Resources Dr. Emmanuel Ibe Kachikwu, has been drawn to certain reports in some national newspapers and online news platforms in which he was quoted to have said categorically in an event that Nigeria currently incurs over N1.4 trillion till date as under-recovery or losses on the importation and sale of petrol.

Kachikwu was quoted last week as saying at a Workshop on the Harmonization of Liquefied Petroleum Gas (LPG) Regulatory Requirements which held in Abuja last Thursday, that it was time Nigeria began to look at alternative fuel sources like LPG which are clean and less expensive for the country.

He also stated that President Muhammadu Buhari would in the next two months launch an infrastructure rebirth plan with which the country would leverage to attract private finance to upgrade her oil and gas infrastructure.

According to him, “Clean energy is very essential and we need to move away from complete utilisation in our transport sector of only PMS which is creating a lot of under-recovery of N1.4 trillion per annum of exposure to the government.”

He further explained: “At the end of the day, we begin to go into other components of cleaner fuels and rely less on the PMS that is gotten from out of the country.”

When asked to clarify if the current figure on petrol under-recovery was annually and how the federal government felt about it, the minister said: “Yes, currently. That is being addressed at a very high level and I don’t want to go into that.”

The statement noted that Dr. Kachikwu in a chat with journalists disclosed that there was some form of under-recovery.

“He equally stated that the details of the under-recovery figures and circumstances surrounding it will be provided by the Nigerian National Petroleum Corporation (NNPC).

“He re-emphasized that the NNPC was in the best position to give the accurate figures of the amount of under-recovery involved as that is the body currently importing most of the Premium Motor Spirit (petrol) retailed in Nigeria,” the statement added.