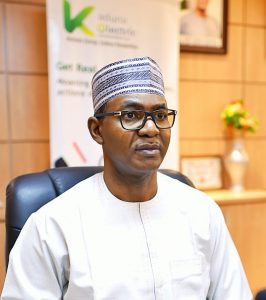 Kaduna — Senator Danjuma Laar, representing Kaduna South in the Red Chambers of the National Assembly, has strongly condemned the attack on, and subsequent destruction of Kaduna Electric’s facilities in Kafanchan three weeks ago.

He expressed the outrage Wednesday in Kaduna, when he led a delegation of traditional, religious and youth leaders, who paid a sympathy visit to the corporate headquarters of the company.
The lawmaker decried what he called the irresponsible and senseless attack and destruction of critical national assets and pledged to offset forty percent of the cost of the damaged items.
He charged the communities, especially ”the youth, to desist from taking laws into their hands as this will only make a bad situation worse”.
He appealed to the management of Kaduna Electric to ensure restoration of power supply to the area while promising to mobilise elected and political leaders in the area to pay restitution to the company for the items lost.
Earlier in his welcome address, the chairman of the Board of Kaduna Electric, Yusuf Hamisu  Abubakar, called for better understanding and friction-free relationship between the company and its customers.

He assured the delegation of the commitment of the company to restore normal power supply to affected area after certain conditions were met.
”We are mindful of obligations to both our customers and to the market; we shall work with the relevant stakeholders to ensure that the environment is safe enough for the staff to resume normal operations in the area.
The two parties agreed to set up a committee to look into some grey areas and concerns raised during and even after deliberation.
It would be recalled that some irate hoodlums last month embarked on destruction spree in Kafanchan, resulting in the destruction of some power supply equipment, thereby plunging Kafanchan and environs into darkness.