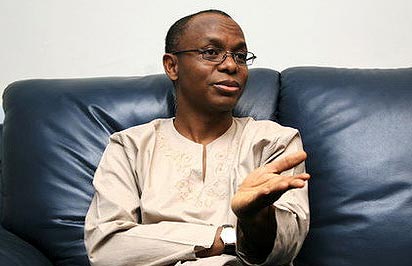 The governor said at the launch that the plant was important to the Kaduna State Government “because we believe that renewable energy and solar energy were the future of the developing world. The world today has become mobile, personal, decentralised and aggregated with the rapid drop in components required to make solar energy.”

The governor said that with the present development, every home could generate it’s own electricity, adding that it was one of the reasons why solar project was important to the state and to Nigeria as a whole.

He explained that, “Today, we laid the foundation for the democratisation of electric energy to every home and every school in Kaduna State.”

According to him, solar energy is the future of electricity supply, it is cost effective and easier to ensure that every home gets supply.

“It is possible and we are going to show that it is possible in Kaduna State because Blue Camel will not only energize street lights but also schools and primary health centres,” he added.

Also speaking at the launch, the Managing Director and Founder of Blue Camel, Mr. Yusuf Suleiman, said the power assembly plant and training academy was initiated and completed within eight (8) months.

He noted that the the rapid completion of the project was achieved due to support of the Kaduna State Government, which provided the company with land within 24 hours of request.

According to him, the project has the capacity to assemble over 10,000 units of different solar products in a year and train over 3,000 youths in different renewable energy entrepreneurship skills.

He also revealed that the company had invested over one million dollars and would be investing another five million dollars within 24 months to ensure the delivery of solar generated power to factories while adding that the development of the projects would help and also impact on Federal Government’s economic recovery and growth, especially in areas of skills and capacity development technology transfer, entrepreneurship and job creation.