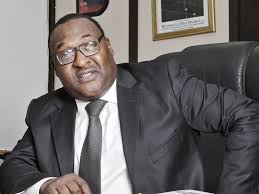 21 March 2018, Sweetcrude, Lagos — THE Nigerian Shippers’ Council, NSC, yesterday said that the Inland Container Depot located in Kaduna has received international certification as the inland port has been issued with the Station number.

A station code is an abbreviation used on railways for railway stations.

The codes are mostly used internally in business but can be seen at railway traffic signs and in some timetables.

Disclosing this in Lagos, the Executive Secretary of the Council, Mr. Hassan Bello said having a certified port in the hinterland is to have cargoes consigned straight to Kaduna from anywhere in the world, thereby easing the congestion at the ports in Lagos.

He explained Kaduna ICD will help shippers both importers and exporters to operate outside the conventional ports in across the country.

The Council boss also said since the ICD is connected by rail from Lagos ports to Kaduna, it will reduce over-dependence on the roads as it will reduce accident and make them last longer.

He also disclosed that the operator of the Kaduna facility is working at setting up offices in London and China to solicit shippers’ use of the facility just as the Council has commenced training for managers of the ICD.

Bello explained that having ICDs across the country will not only create employment opportunities but bring about the establishment of auxiliary industries as a result of the presence of ICDs in these localities.

According to him, “Nigerian Shippers’ Council as the port economic regulator is supposed to look after and coordinate investment in this sector and that is why we started with the dry ports in six locations.

“The President has already commissioned the Kaduna dry port; it is a port in every sense of the word.

“You can two bills of lading or combined Bill of lading to consign your cargo from anywhere in the world.

“Already, Customs in the Kaduna ICD and we have received a station Code for the port