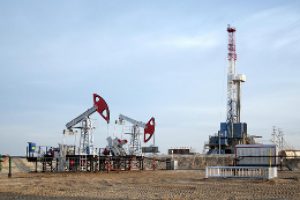 Energy minister Bolat Akchkulakov said Kazakhstan can’t ramp up domestic refining without supplies from the foreign-led consortia operating its Tengiz, Kashagan and Karachaganak oilfields, according to notes accompanying a presentation he gave to journalists.

The fields currently export all of their output.

A source close to one of the consortia said the energy ministry was seeking supplies in the next two to three years, but was sceptical the operators would respond favourably.

“We look into it, but I doubt it can be profitable,” he said, adding export prices are currently two or three times higher than domestic ones.

Kazakhstan was rocked by a rare flare-up of protests in January that were initially triggered by fuel shortages and rising prices. Although the government quelled the unrest, it is looking for ways to prevent a recurrence.

As part of its plan, the energy ministry is proposing to double capacity at its Shymkent refinery, which can currently process around 120,000 barrels of oil per day (bpd).

“It is not possible to do this without supply from Tengiz, Kashagan and Karachaganak,” the presentation notes said.

The notes said the ministry saw the need to increase domestic oil prices to attract the foreign operators. But it was not clear how this could be achieved.

Chevron said it did not comment on commercial matters. NCOC and KPO didn’t immediately respond to the requests for comment.

Tengiz, Kashagan and Karachaganak account for about 63% of Kazakhstan’s oil output, but under the terms of their production sharing agreements the operators are able to export all of the output.