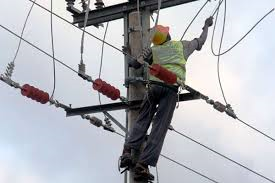 Nairobi — The better part of Ol Kalou town in Nyandarua County has been in darkness for over thirty six hours.

Residents have protested inaction by the local Kenya Power officials, whom they accuse of laxity.

“I called Ol Kalou Kenya Power branch on Wednesday night to report the blackout, the staff I called promised to have the matter addressed in 30 minutes but they had done nothing by Thursday morning,” said Ms Teresia Njoki.

Ms Njoki from Makenji estate says she on Thursday made several calls to the Ol Kalou branch officer without any help and decided to show up at the branch and make the report in person.

RUDE STAFF
“But the officers were very arrogant and rude after I made the complaint. They continued chatting on their mobile phones and sharing jokes. When I insisted, one of the officers told me there is an option of solar panels for customers dissatisfied with Kenya Power services,” said Ms Njoki.

After frustrations by the local Kenya Power branch, Mr Michael Maina called the Kenya Power Customer Care desk in Nairobi where he was given a reference number.

FRUSTRATED PUBLIC
“I raised the complaint with the customer care on Thursday around midday, they promised to have the matter addressed but nothing had been done by 4 PM. I called again only to get the same response that I should be patient,” said Mr Maina.

The Kenya Power customer says that he has since made numerous follow-up calls but no positive response was forthcoming.

Mr Maina, says his last call was on Friday morning after which he gave upon the matter.

When reached out to for response, Ol Kalou Branch Marketing Manager Boniface Kurgat said he was unaware if the blackout and promised to investigate.