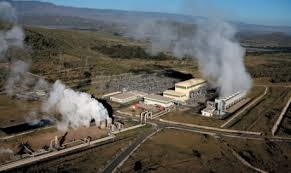 A view of the Olkaria II geothermal power plant in Kenya’s Rift Valley.

26 July 2015, Nairobi – Kenya has outpaced its African peers in renewable energy production, and has been ranked top five globally in geothermal energy investments.

“Many developing countries are under pressure to rapidly increase energy generation capacities to address growing demand, to meet energy access challenges, and to foster economic development,” the 251-page report states.

The report said that despite some attempts to massively produce biogas in Africa, there has been little success.

“Great distances, as well as a lack of infrastructure and cultural uptake, have impeded development. Production of biomethane is rare in Africa, but in 2014, Kenya began to construct its first grid-connected biomethane plant, which was expected to begin producing power in 2015,” the report indicates.

In 2013, US President Barack Obama unveiled a $7 billion(Sh704.9 billion) plan to improve energy access in Africa over the next five years.

Obama announced the “Africa Power initiative” during his tour of Senegal, South Africa, and Tanzania.

He will be in the country this weekend for the Global Entrepreneurship Summit where green energy is expected to be discussed.

The report said the two 13MW binary units which were completed in February, expanded the Olkaria III complex to 110 MW capacity.

It said future policies need to respond to emerging opportunities and challenges by addressing new developments.

“The challenge now is to develop the necessary policy frameworks to drive the renewable energy transition to achieve sustainable and universal energy access for all,”the report says adding that renewables play an increasingly central role in the provision of energy services to people globally.
*Gilbert Koech – The Star