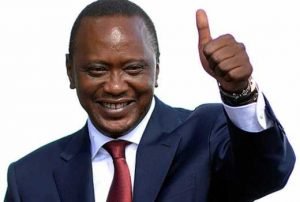 31 August 2018, Nairobi —  The Kenyan parliament voted on Thursday to retain the cap on commercial interest rates which the International Monetary Fund has insisted must be scrapped or modified in return for a new standby arrangement.

In a response to emailed questions, Jan Mikkelsen, the IMF’s Resident Representative for Kenya, said they were aware of the passing of the finance bill and were currently assessing the implications for the IMF-supported program.

Kenyan lawmakers also voted to delay a proposed 16 percent tax on petroleum products for two more years, citing the high cost of living – a move that will be a blow to government efforts to raise revenues through higher taxes.

The rate cap, introduced in September 2016, was aimed at helping small traders access capital at affordable rates, but has had the opposite effect, with banks saying they cannot price risk to small and medium enterprises (SMEs) properly while the cap is in place.

“Many thousands of Kenyans have been unable to access bank lending and have turned to more expensive borrowing,” said Aly Khan Satchu, a Nairobi-based independent trader and analyst.

President Uhuru Kenyatta said in April that he recognised the limitation of the law and hoped that the finance bill would remove the cap that he said had ended up hurting the financial sector.

The legislation still needs to secure presidential assent, and it was not clear what line Kenyatta would now take.

“The president will have to crack the whip, and hard, because notwithstanding some bravado chatter, it would not make sense to lose the support of the IMF at a time when the markets are so skittish and our debt-to-GDP ratio is nudging 60 percent,” Satchu said.

Some bank stocks at the Nairobi Securities Exchange edged lower on Thursday, after the bill was passed.

“It was not widely expected, people were banking on repeal of the interest cap,” said Sheema Shah, equities dealer at Apex Africa.

“It’s still a buy, the current sell-off is temporary … mostly it’s the foreign investors who are heavy on that particular stock who are selling off.”

The IMF has demanded the cap be repealed as a condition for Kenya to access its balance of payments support.

Kenya secured a six-month extension for its stand-by credit arrangement of $989.8 million from the fund in March, and is seeking another extension when it expires in mid-September.

Jibran Qureishi, an economist for East Africa at Stanbic Bank, said the decision threw open the question of how discussions with the IMF would now proceed.

“On the IMF, with the VAT on fuel being postponed, with most of the tax measures not approved, this means the fiscal deficit is likely to remain higher than projected,” Qureishi said. “The odds of the (IMF) facility being retained are quite slim, but we have to see what will happen.”

Kenya’s legislature also rejected a “Robin Hood” tax of 0.05 percent on bank transfers of over 500,000 shillings ($5,000) during Thursday’s session and an employee contribution scheme towards the national housing development fund.

The rejected tax hikes were designed to fund a range of government development goals including universal healthcare and affordable housing.