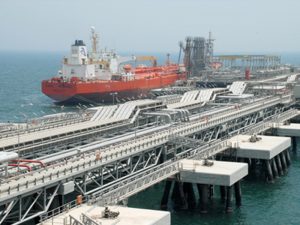 22 May 2018, News Wires – The Export-Import Bank of Korea and the Korea Trade Insurance Corporation said they would back three South Korean companies with $ 2.3 billion in financing aimed for the construction of  Kuwait’s Al Zour liquefied natural gas (LNG) import terminal.

The facility is being built by the South Korean consortium comprising Hyundai E&C, Hyundai Engineering and Korea Gas Corporation (Kogas).

State-owned Exim Bank will provide $1.15 billion out of which $630 million in loans and $520 million in credit guarantee, the bank said on Sunday.

The LNG import terminal project with a total estimated cost of $3.6 billion has been commissioned by the Kuwait Integrated Petroleum Industries Company (KIPIC), a unit of state-run Kuwait Petroleum Corporation (KPC). The payment is guaranteed by KPC.

Once the facility is fully operational in 2021, Kuwait is expected to be able to receive about 11 million tonnes per year of LNG, according to the statement.