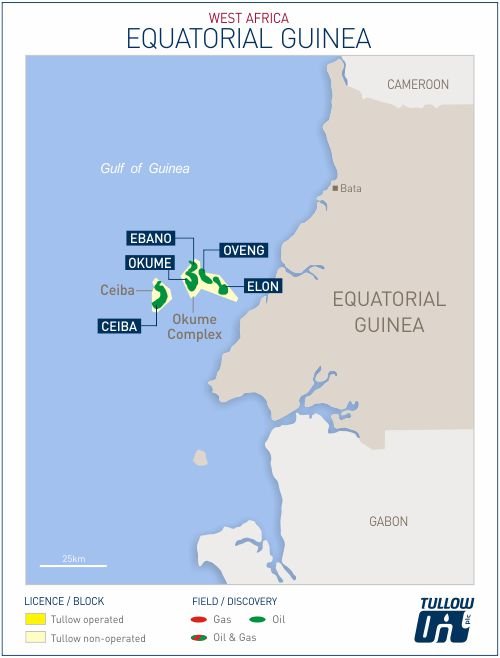 *Kosmos Energy will acquire the assets from Hess; existing investors Tullow Oil and GEPetrol will enter partnership with the new operator

Kosmos Energy will acquire the assets from Hess; existing investors Tullow Oil and GEPetrol will enter a partnership with the new operator.

With the purchase of Ceiba and Okume and its entry as an explorer into Block EG-21, Block S and Block W, Kosmos is now a large acreage holder in the Rio Muni basin.

The assets of Hess Corporation (NYSE: HES) (www.Hess.com) in Equatorial Guinea will be acquired by Kosmos Energy (NYSE: KOS) (www.KosmosEnergy.com), the Ministry of Mines and Hydrocarbons has announced. The landmark sale transfers majority ownership and operatorship of two legacy oil producing areas in the Rio Muni basin, Ceiba, and Okume, to Kosmos.

Hess’ exit from Equatorial Guinea comes after nearly two decades of operations at the Ceiba field and Okume complex, which began producing in 2000 and 2006, respectively. The company operates the two producing areas and has an 85 percent stake. Partners Tullow Oil (15 percent) and national oil company GEPetrol (5 percent carried interest) will work with new operator Kosmos Energy once the asset sale is finalized by the end of 2017.

“We thank Hess for its years of service, for its input of technology, knowledge, and financing, and above all for its careful stewardship of these important national resources,” said Minister of Mines and Hydrocarbons H.E. Gabriel Mbaga Obiang Lima. “Now, Kosmos Energy brings a new sense of action and commitment to the Ceiba and Okume fields. We are delighted to welcome our new partners as investors and producers, as well as explorers in blocks S, W and EG-21 in the same region. This deal is nothing less than historic, and shifts focus towards the hugely promising Rio Muni basin.”

In addition to Kosmos’ asset acquisition of Ceiba and Okume, Kosmos also signed three production sharing contracts today with the Ministry of Mines and Hydrocarbons and GEPetrol. The purchase of Hess’ assets and new licenses make Kosmos the biggest petroleum explorer by acreage and the sole producer in Equatorial Guinea’s Rio Muni southern maritime area.