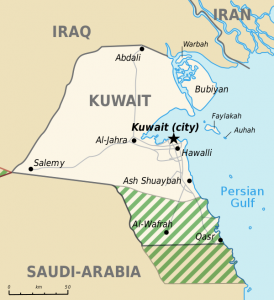 Kuwait — Kuwaiti oil output in the Neutral Zone (NZ) it shares with Saudi Arabia is expected to reach 250,000 barrels per day (bpd) when production restarts at the end of this year, the country’s oil minister said on Thursday.

Kuwait and Saudi Arabia, both members of The Organization of the Petroleum Exporting Countries (OPEC), agreed last year to end a five-year dispute over the area, allowing production to resume at two jointly-run oilfields that can pump up to 0.5% of the world’s oil supply.

“Signing the Memorandum of Understanding means the return of production of 250,000 bpd…before the end of 2020,” Kuwait oil minister Khaled al-Fadhel, said in a parliament session.

Kuwait and Saudi Arabia halted production at the Khafji and Wafra fields on the back of the dispute. Their combined output before the shutdown was 500,000 bpd.

Increasing Kuwait’s production capacity will not affect its commitment to supply-reduction quotas under the OPEC+ production cut agreement, the minister said.

Saudi Arabia and Kuwait have been reducing oil supply as part of the OPEC+ pact, which includes OPEC countries and other major oil producers such as Russia and expires in March.

The NZ agreement will also enable Kuwait to develop its share of the Dorra gas field in the Neutral Zone to produce 500 million cubic feet of natural gas per day and increase the country’s natural gas and crude oil reserves, said al-Fadhel.