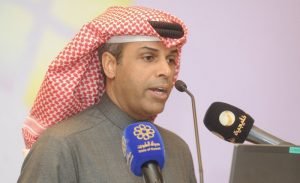 Kuwait — Kuwait Foreign Petroleum Exploration Co. (KUFPEC) is looking for strategic acquisitions in the coming year and a half as it aims to boost its oil and gas production to 150,000 barrels of oil equivalent per day (boed) by 2020, the company’s chief said.

Sheikh Nawaf al-Sabah, acting chief executive of KUFPEC, told Reuters the state-run company will focus on oil and gas exploration in countries such as in Malaysia, Indonesia, Pakistan and Australia.

“We need one or two strategic acquisitions over the near term to close the gap and reach a sustainable 150,000 BOE (per day) of production. If we get an opportunity in a new jurisdiction that fits within our strategy, we will take that as well,” he said.

The company is also focusing on growing its producing assets in places such as Southeast Asia, Pakistan, Canada, and Norway, he said.

One of the company’s main projects is its Wheatstone joint venture in Australia, which produces liquefied natural gas (LNG). KUFPEC is also investing in Canadian shale gas and last month signed an oil concession in Pakistan.

KUFPEC is the foreign exploration arm of Kuwait, a key Gulf OPEC producer which pumps about 2.7 million barrels per day of oil and plans to boosts its crude oil production capacity to 4.75 million bpd in 2040.

Kuwait’s domestic oil expansion strategy will focus on offshore exploration and KUFPEC will be able to provide the knowledge and expertise needed to achieve that target, he said.

“KUFPEC enjoys strengths in technology and know-how in offshore drilling, and we work with our sister company, KOC (Kuwait Oil Company), to help them apply our knowledge in Kuwait,” he said.

“We also provide development opportunities for young Kuwaiti engineers to be trained with oil majors, so they can hone their skills and bring back that expertise to us.”

“We have just closed a deal to buy 75 stations in Belgium and we are about to conclude an acquisition of another 96 stations in Spain,” Sheikh Nawaf said.

KPI is also a partner in an oil refinery in Vietnam, which was commissioned in November last year and produces 200,000 bpd. The new refinery is designed to process mostly crude imported from Kuwait and will have a petrochemical plant connected to it.

Further expansion of the Vietnam oil refinery is possible, he said.

“We will consider the expansion, it is within the mandate to look at it, we want to get into a steady state and assess where we are and in due course take a decision on that,” he said.

KPI has also partnered with Oman to build another refinery in Duqm with a capacity of 230,000 bpd that will also be a home for Kuwaiti crude, he said.

KPI operates the 265,000 bpd Milazzo oil refinery in Sicily in a joint venture with Italy’s ENI.