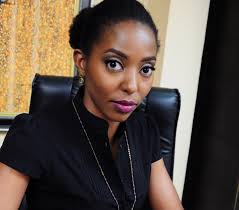 Other contractual crime said to have been committed by SHI is manipulation of contract agreement including the alleged misrepresentation of contract details and unscrupulous takeover of LADOL’s equity share in the Egina Project deal.

LADOL Managing Director, Dr. Ami Jadesimi who made these damning allegations, lamented that the foreign company has massively defrauded Nigeria, further regretting that the expected technology transfer deal which are components of the Egina FPSO contract remain unrealized.

Her latest revelation following a major contract dispute between it and SHI has continued to swell the litany of charges of manipulation and outright acts of contract fraud and stealing.

But SHI has denied any wrongdoing and expressed disgust and disappointments at LADOL management’s attempt to call its reputation to question.

While speaking in Lagos, Jadesime pointedly accused SHI of fraudulently appropriating its equity in SHL MCI FZE, being a Joint Venture, JV, between both organizations in the execution of the Engine FPSO, in addition to faulting SHI claims of investing $300m in the project.

“Samsung misappropriated local content facility and claims it as its own facility with which it could do as it pleases. This is a massive fraud against LADOL and Nigeria by depriving LADOL and Nigeria of a capacity development project which they had planned to use to benefit Nigeria by attracting other investments and creating at least 50,000 direct and indirect jobs”, she said.

“Similarly, by completely excluding LADOL from the facility, Samsung ensured that there was no technology transfer to Nigerians. Samsung lied when it claimed that it made a foreign direct investment of $300million into Nigeria