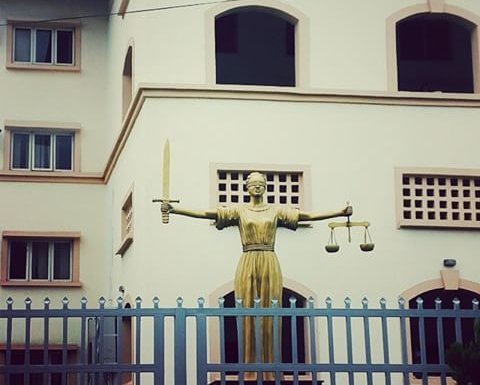 Samsung and its subsidiary SHI-MCI FZE had dragged Global Resources Management Limited and LADOL before the court over a breach of contract.

The judgment delivered by Justice Lawal restrained LADOL from further unlawful interference with Samsung’s use of its fabrication and integration yard in the LADOL Zone or interfering with Samsung’s proprietary rights.

The court’s judgment grants the global shipbuilding giant “the right to freely move in and out of its yard with its employees, agents and service providers.

The court also held that LADOL shall continue to provide all services such as water and power supply to Samsung.

The judgment by the court grants Samsung access to the disputed yard while the validity of the termination of the Sub-lease Agreement is being determined at the London Court of International Arbitration.

Samsung originally won the tender for the construction of the floating production, storage and offloading platform for the exploration of the Egina oil-field located 130 km off Nigeria’s coastline.

The joint venture – SHI-MCI-FZE, which is owned 70 percent by
Samsung and 30 percent by LADOL’s affiliate, entered a sub-lease agreement with Global Resources Management Limited (LADOL’s affiliate) in order for SHI-MCI FZE to construct and develop a world-class Fabrication and Integration yard and quay wall for the execution of the local content elements of the Egina FPSO Project.

The global shipbuilding giant has accused LADOL of abusing what it describes as its monopolistic position and regulatory powers as a zone manager which it claimed is a clear conflict of interest with its personal business interest.

Commenting on the judgment, the Chief Operating Officer of SHI-MCI, Mr. Frank Eijzu, said: “Samsung is pleased that the High Court has ruled in its favour and against LADOL.

The Judgment prevents LADOL from evicting Samsung from the yard meaning that it shall comply with its legal obligations to provide services to the yard and its Nigerian employees.