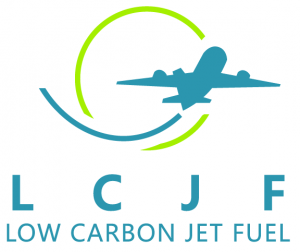 While most sustainable aviation fuel, or SAF, is produced in the United States, Europe, and Singapore, Latin America is emerging as a budding market. That demand is driving early investments and reviving debate over palm oil, which has faced boycotts in southeast Asia over labor concerns and environmental grievances.

The push comes as industry faces fresh pressure to curb pollution, with the United Nation’s aviation agency targeting net zero emissions by 2050 and negotiators scrambling to reach an agreement on Monday at a Montreal summit to protect nature.

While SAF is not currently produced in Latin America, Honeywell’s Performance Materials and Technologies (PMT) unit is talking to companies about 12 proposed SAF projects in the region valued in the billions of dollars, up from three projects in 2018, an executive told Reuters.

“We have two that we are going to announce … in 2023,” said Jose Fernandes, the region’s president for Honeywell PMT, which supports companies in converting vegetable oil and fats into SAF. “Latin America right now is really a hot spot for Honeywell.”

The U.S. company is working with Brazilian biodiesel producer ECB Group on an $800 million to $1 billion plant in Paraguay featuring SAF expected to be operational in 2025.

Production of SAF, which can reduce emissions by up to 80% from conventional fuel, is used in an up to 50-50 blend with kerosene and remains scarce. It should hit 300 million liters in 2022 according to airline trade group IATA, but that is less than 1% of total fuel consumed by carriers.

In the near term, the industry sees SAF hitting 10% of the total by 2030, and the 2050 net zero emissions target relies on SAF accounting for 65%, which would require 450 billion litres annually.

That has spurred a race to boost SAF production for aviation, which accounts for 2% to 3% of global emissions. With supply now limited mainly to U.S. and European hubs, some travelers are making bulk purchases, while airlines seek new SAF sources in the developing world where traffic is growing more quickly than mature markets.

“In order to be successful, SAF needs to be available across the globe,” Juan Carlos Salazar, secretary general of the International Civil Aviation Organization (ICAO) said.

Under ICAO’s CORSIA deal, most airlines will also limit their rising emissions from international flights, either by purchasing offsets or using SAF, driving demand for the fuel.

Chile’s LATAM Airlines, for one, says it favors fuel from South America to meet a pledge of using 5% of SAF in its operations by 2030.

Brazil, the world’s second-largest producer of biofuels, has more than enough feedstock such as sugar cane, palm oil and urban waste to cover its jet fuel needs annually, Loomis said.

Brazil also has the technology to produce SAF, which is harder to make than biofuels for cars, an official at the country’s aviation regulator said. However, it lacks investment and government policy, which is still under review.

“Even if we are not moving as a government, there is movement and interest of the private sector, that is already creating demand,” said Marcela Braga Anselmi, a department chief at Brazil’s National Civil Aviation Agency (ANAC).

The Export-Import Bank of the United States is interested in “underwriting and closing bankable projects that source renewable feedstocks” for SAF and renewable diesel, particularly in regions like Africa and Latin America, a spokesperson said.

Some companies in neighboring Colombia, the largest palm producer in the Americas according to local industry group Fedepalma, are also looking at making jet fuel from the crop.

But cases of child labor and deforestation in palm oil market countries in southeast Asia have made it hard to win global support for the fuel, said Fedepalma President Nicolas Perez.

Faced with that perception, Colombian biofuels producer BioD is choosing to produce SAF with waste instead of palm oil, which it uses for domestic consumption, said spokesperson Carolina Betancourt. It is looking to raise $700 million to $1 billion in investment to open a SAF refinery by 2027.

Separately, Colombian palm oil producer Daabon is in talks for an estimated $1 billion project to make 500,000 tonnes of SAF a year from palm oil, using green hydrogen. The fuel would need to be eligible for airline use under ICAO’s CORSIA deal, said project consultant Pedro Ruano.

Colombia, supported by the World Bank, is also undertaking a study to show its palm oil is not linked to deforestation and a suitable option for SAF, said Fedepalma’s Perez.

“We believe that SAF production in Colombia … would mean an opportunity to contribute to the energy transition and cleaner aviation, which has also generated a new pole of development for Colombia.”

Reporting by Allison Lampert in Montreal and Oliver Griffin in Bogota; Additional reporting by Jake Spring in Sao Paolo and Sabrina Valle in Houston; Editing by Ben Klayman and Lisa Shumaker – Reuters