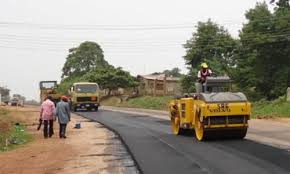 Port Harcourt — The member representing Esit-Eket/Ibeno/Onna Federal Constituency in the House of Representatives, Mr Patrick Ifon, has advocated for the setting up of a commission to meet the developmental needs of oil producing communities in Akwa Ibom State.

Ifon, who disclosed this during an interaction with newsmen in Yenagoa, the Bayelsa state capital, blamed the country’s developmental challenges on policy inconsistency.

The lawmaker announced that he was already in discussion with Akwa Ibom State Government, to set up an Oil Mineral Area Development Commission, as obtainable in other oil producing states like Delta, Imo and Ondo.

He said such development commission has engendered a peaceful operational environment for development and economic growth in these states.

“The establishment of similar commission in Ondo, Delta, Imo, Edo, Abia and other oil producing states have given the host communities a sense of belonging.”

The Lawmaker also said policy summersaults was the bane of Nigeria’s underdevelopment, regretting that the country has remained underdeveloped despite its huge human and natural resources.

Ifon said policy inconsistency has been a major challenge depriving Nigeria from measuring up with countries like Brazil, South Korea, Singapore and Malaysia in terms of technological and infrastructural advancement.

He condemned the habit of introducing new policies in every regime, adding that the practice was counterproductive in the long run.

“Government is a continuum, both at State and Federal levels, long term policies of government must be pursued and implemented by every successive administration, to give room for continuity and development.

“Ajaokuta Steel Complex, like other economically viable projects, are lying comatose today because of our policy inconsistency, we hardly implement our long term programs and policies.

“Each President or Governor will come and start a new project without looking at the viability of the ones started by their predecessor, even in NDDC and other government agencies.

“It leads to abandoned projects littered everywhere in the country, we cannot grow as a nation with such level of inconsistencies,” the Federal Lawmaker said.