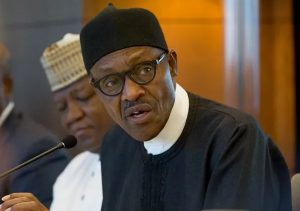 27 February 2018, Sweetcrude, Abuja – The House of Representatives has written President Muhammadu Buhari, asking that $1.8 billion earmarked for the maintenance of the nation’s four refineries be withheld.

The request was made by the House Ad-hoc Committee investigating the Turn Around Maintenance of the refineries.

The Chairman of the Ad-hoc Committee, Rep. Garba Datti, made this known in Abuja, saying the fund should only be released after the conclusion of the committee’s investigation.

He said the committee would find a way of resolving the epileptic operations of the four refineries “in the course of our investigation” which will last three months.

Datti described the committee’s assignment as “a sensitive investigation that requires time”.

On the lingering fuel scarcity in the country, the former Deputy Minority Whip in the House said Nigeria remained the only country that is a member of the Organisation of the Petroleum Exporting Countries, OPEC, that is importing fuel.

He said, “Despite the quantity of crude allocated to the four refineries we still import finished products.”

On the committee’s terms of reference, Datti said it had the mandate to ascertain the viability of continuing investments in the nation’s four refineries and allocation of 445,000 barrels per day of crude oil to the refineries.

Datti said, “Secondly, to determine the current utilisation level of Warri, Kaduna, and Port Harcourt refineries and thirdly carry out a comprehensive investigation on the Turn Around Maintenance carried out to date on the four refineries.

He said the committee was also to identify the private and corporate individuals that have refused to utilise the licenses to build refineries and the readiness and status of all current holders.