Lekki Port is 66% completed, to be delivered on schedule 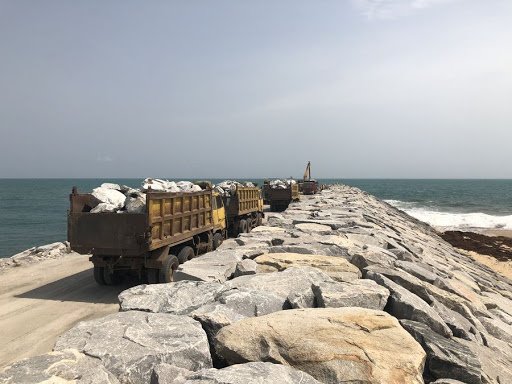 Lagos — Promoters of the Lekki Deep Sea Port have said that the project is now 66 percent completed, indicating that project may be delivered by third quarter of next year.

Disclosing this in Lagos during a recent inspection visit by a delegation from Lagos State Government led by the Honourable Commissioner for Commerce, Industry and Cooperatives, Hon Dr (Mrs). Lola Akande, the , Managing Director of the port, Mr Du Ruogang, said that the project is on schedule for completion.

He stated: “Our primary focus is to continue to make progress on the construction of the port as well as make preparations for the commencement of port operations. We are happy to report that we are at 66% completion, and efforts will be intensified to meet our deadlines”.

He thanked the Lagos State Government for its immense support, assuring the delegation that China Harbour Engineering Company and Tolaram (the promoters) are fully committed to delivering the first deep sea port in Lagos State, given its importance in attracting investments and the positive economic impact for the state and the country in general.

During the course of a presentation on the status of the construction, the Chief Technical Officer of Lekki Port, Mr. Steven Heukelom, gave a breakdown of the construction work, and he stated that dredging and reclamation has reached 75.75%, Quay Wall & Breakwater is now at 69.96% and 72.92% respectively, while the landside infrastructure development is now at 45% completion.

Akande commended the management of Lekki Port and its promoters for the level of work done so far on the construction of the port.

She stated: “The Governor is highly impressed with the progress of work and has asked me to commend you for the great work you have done.”