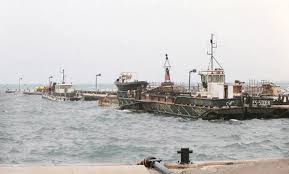 The fields were closed in June when an armed group attacked the eastern ports of Es Sider and Ras Lanuf, forcing NOC to declare force majeure for several weeks, a contractual waiver to clients.

Engineers restarted the al-Bayda oilfield late on Tuesday, one of them told Reuters, sending pictures of jubilant workers busy at work. The field has a capacity of around 12,400 bpd, he said.

NOC also gave instructions to recommence operations at the Tibesti and Dor Marada fields located in the same southeastern area, the spokesman said.

Exports have since resumed from Es Sider and Ras Lanuf, but some oil port storages were hit during the heavy fighting, forcing the closure of the al-Bayda and other fields, the engineer said.

Libya is producing as much as 1.3 million bpd, the NOC chairman said last week, the highest level since mid-2013 when a wave of protests and blockades by armed groups and staff began that has hampered output in the OPEC oil producer.