DUBAI — Libya’s National Oil Corp. declared force majeure on exports again, accusing the United Arab Emirates of being behind a blockade as chaos continued to engulf the country’s oil industry. 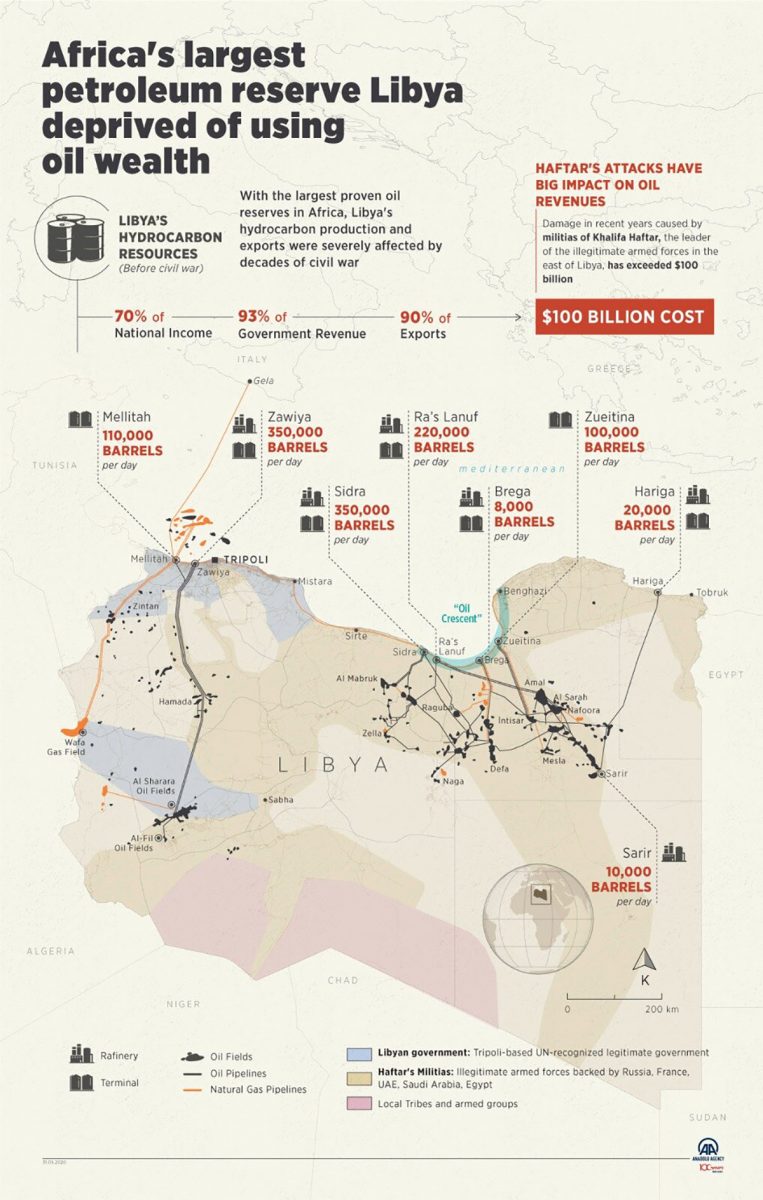 The UAE, along with Russia and Egypt, backs Haftar’s army, which has insisted the blockade continue and said a tanker given permission to load oil at Es Sider port was just an exception. The Emirates’ instruction is “gravely disappointing, especially following repeated statements by very senior representatives of the UAE last week in support of international efforts to restart oil production in Libya,” the NOC said in a statement.

The UAE hasn’t responded publicly to the NOC’s accusation, but its minister of state for foreign affairs, Anwar Gargash, tweeted on Monday that his country “wants to see a return to oil production in Libya as soon as possible, with safeguards in place to prevent the proceeds fueling further conflict. We continue to work for an immediate cease-fire and return to a political process.”

Libya has been at the center of a proxy war between various regional powers, and remains divided between a United Nations-recognized government in the capital Tripoli, where the NOC has its headquarters, and a competing administration based in the east.

Haftar’s blockade, which started in January, sent Libyan crude production crashing to about 100,000 barrels a day from 1.2 million, and has cost the country $7 billion in lost revenue, according to the central bank. Libya’s output was as high as 1.6 million barrels daily in early 2011 before an uprising ousted longtime leader Moammar Qaddafi and led to the civil war.

Dilapidated Industry
Libya’s oil facilities have been key to the conflict, with different groups repeatedly closing them. The shutdowns and lack of maintenance have severely damaged fields and wells, which will cost hundreds of millions of dollars to repair, NOC Chairman Mustafa Sanalla said in an interview in June.

A Russian mercenary force, the Wagner Group, and Syrian mercenaries now occupy Es Sider port, while Wagner and Sudanese mercenaries are camped near the Sharara oil field, the NOC said.

There must be “consequences for the actions of the handful of states that are undermining the rule-based international order and destroying Libya,” Sanalla said in the statement. “The renewed blockade demonstrates the urgent need for moves to improve financial transparency, to be accompanied by reform of security at oil installations.”
*Salma El Wardany – Bloomberg