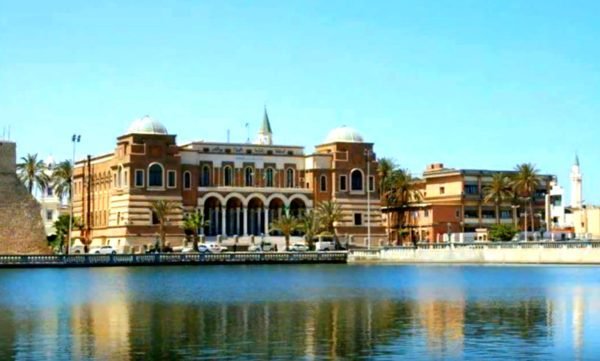 19 June 2018, Tripoli — The Central Bank of Libya is imposing fees on foreign currency transactions to tackle the wide gap between the official exchange rate of 1.4 dinars to the US dollar and the parallel rate of around 7 dinars, which is seen as a major factor in the distortion of Libya’s oil-dependent economy

Sadiq al-Kabir, the governor of Libya’s central bank, has announced that an agreement was reached to take action on the exchange rate in that country and to reduce fuel subsidies by the end of July after an internationally mediated meeting in Tunis.

The agreement will be part of a three-part reform process to address the liquidity crisis and corruption, given that people with access to dollars at the official rate make huge profits through import scams. The official exchange rate is 1.4 dinars to the US dollar, whereas the parallel rate is around 7 dinars.

“Of the three reform tracks, tackling the foreign currency prices and rates by slapping fees on the transactions will be the first,” the Central Bank of Libya’s statement reads.

The second track will be for subsidies and the third will be for the compensation and financial support of citizens to alleviate the impact of the reforms.

It was indicated that the aim is “to create a mechanism of compensation to mitigate the repercussions and effects of economic reform”. The compensation mechanism would offset the impact of reducing Libya’s fuel subsidies, which are among the most generous in the world and have led to widespread fuel smuggling.

The Central Bank of Libya said the framework was agreed on with Fathi al-Majbari, who heads the economic file for the internationally recognised government in Tripoli. However, it is unclear to what extent officials in Tripoli can implement effective economic reform without the backing of eastern factions that support a parallel government and a central bank based in Libya’s east. The uncertainty is fed by the fact that previous pledges to act on the exchange rate and subsidies have not been followed through.