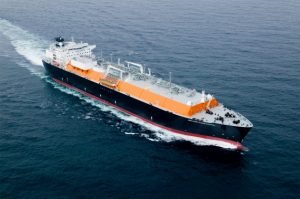 02 November 2018, News Wires — Gaslog, a liquefied natural gas (LNG) carrier, said on Thursday it was considering extra dividends or a share buyback after reporting record profit due to soaring shipping rates, which are expected to remain elevated for the next year or two.

The U.S.-listed company is the world’s largest independent owner of LNG shipping vessels with long-term charters with Royal Dutch Shell, a major LNG trader, and Cheniere Energy, a new U.S. LNG producer and trader, amongst others.

LNG shipping spot rates have more than doubled since August thanks to rising volumes needing to be shipped as new plants come on stream, longer journeys made and an expected reduction in availability that has prompted charterers to lock in contracts.

Gaslog reported revenue of $158.4 million in the third quarter compared to $131.2 million a year ago with net profit rising to $39.3 million compared to $24.2 million.

Gaslog Chief Executive Paul Wogan said the recent upturn in rates should continue, reflecting expectations of a large addition in supply next year, mainly from new U.S. plants starting up and continued robust demand for LNG.

“We believe that if we’re correct in our assumptions … we’ll be able to return capital to shareholders through share buybacks or special dividends,” Wogan told Reuters.

The LNG industry is emerging from a multi-year downcycle thanks in part to demand in China as it switches to gas from coal for its energy generation but the concern for many players is timing their investment correctly in the upcycle.

Wogan said while there will be a tightness in the LNG vessel market for next few quarters, which is good for Gaslog’s prospects, companies should be wary of over-ordering newbuilds.

For now, he said utilization rates of LNG carriers is likely to be over 90 percent for the industry, consistent with shipping rates rising rapidly once the global fleet usage stands over 85 percent.

The frenzy to lock in charters for vessels as winter sets in northern Asia and Europe has been such in recent weeks that several carriers are now full of supply but stranded around Singapore with nowhere to go.

Chief Financial Officer Alastair Maxwell said this was partly due to the LNG market developing more akin to the far more traded oil market, with a curve making it profitable to store LNG on carriers now and sell it at a higher price later.