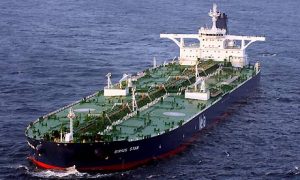 04 April 2018, Sweetcrude, Abuja – The local content initiative of the Federal Government has started to yield benefits, as the country earned N18.8 billion from export of electrical energy as well as vessels and other floating structures in the fourth quarter of 2017.

Disclosing this in its Fourth Quarter 2017 Foreign Trade Statistics, the National Bureau of Statistics, NBS, stated that the export of these items accounted for 0.48 per cent of total export in the fourth quarter.

Specifically, vessels and other floating structures export fetched the country N9.468 billion, while the country earned N9.33 billion from the export of electrical energy, ranking ninth and tenth respectively on the export schedule.

Furthermore, the report stated that India accounted for N571.54 billion of Nigeria’s crude oil export in the fourth quarter of 2017, followed by the United States of America with N488.6 billion, while the Netherlands purchased crude oil worth N366.2 billion from Nigeria in the period under review.