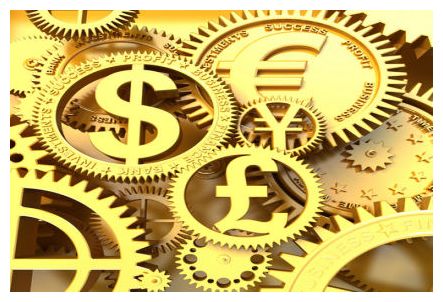 09 July 2018, Sweetcrude, Lagos — the local and international financial market products and services update.
NIGERIA: Nigeria’s Supreme Court on Friday dismissed all outstanding charges against Senate president Bukola Saraki related to alleged false declarations of assets. Saraki, one of the country’s most powerful politicians, has been dogged by accusations of misconduct and investigations since he became president of the upper house of parliament in 2015, though none has led to convictions. The original charges related to allegations that Saraki had falsely declared his assets when he was a state governor from 2003 to 2011, to which he had pleaded not guilty. A Code of Conduct Tribunal cleared him of the charges in June 2017, saying the case lacked substance. The Supreme Court upheld his appeal on Friday against a decision in December last year that he should still face three charges. “I am happy that I have been vindicated. The Supreme Court has affirmed that there is no evidence of false declaration of assets,” Saraki said in a statement.

FX: Nafex, the fixing in the I&E window, closed the week at an 11-month high as a result of a liquidity squeeze. The market was bid through-out the week with levels traded to a high of $/N 363.50 and a daily average turnover of $171m. The current trend is a result of a weak FPI’s appetite for local securities. With the local securities as they are, we should see the pair depreciating further this month. The window recorded $2.47bn inflows in May against $3.47bn in June.

FIXED INCOME: a Quiet end to last week but the tone was still skewed to the buyers with no OMO auction in sight. With the exception of last week, the auctions had consistently been conducted at least once a week.

Last week’s pause could be due to CB’s preference to keep money market stable considering today’s funding for the FX retail auction.

U.K: U.K. Prime Minister Theresa May was plunged into crisis after key members of the government quit over Brexit. She faced growing calls to rip up her two-day-old blueprint, even as opponents stopped short of calling for her to go. Just nine months before Britain is set to leave the European Union — and 15 weeks before a deal is meant to be signed — Brexit Secretary David Davis and his deputy resigned in protest against May’s plan to keep the U.K. closely tied to the bloc after the divorce.

CHINA: China’s foreign currency holdings held steady in June, with a slight month-on-month increase, as the Yuan slumped and the nation came close to the trade war that has now begun with the U.S.

Reserves rose $1.51 billion to $3.112 trillion last month, the People’s Bank of China said Monday. That was more than the $3.102 trillion estimate in Bloomberg’s survey of economists.

The increase came as the Yuan suffered its worst quarter since 1994, as China and the U.S. neared the imposition of tariffs on at least $34 billion of each other’s goods. Further declines in the Yuan may stoke concern over capital flight, prompting the central bank to use reserves to defend the currency.

COMMODITIES: Oil extended gains above $74 a barrel as risks of a supply shortage countered signs that U.S. explorers are ramping up drilling activity.

Futures in New York climbed as much as 0.7% after a 1.2% advance on Friday. The oil industry risks a supply crunch as big companies focus on U.S. shale and short-term efforts, Amin Nasser, the head of Saudi Arabia’s state producer, told the Financial Times. Meanwhile, American drillers added working oil rigs for the first time in three weeks, according to data from Baker Hughes.