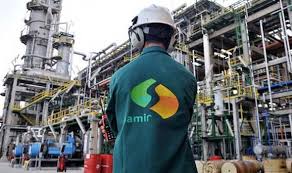 11 May 2018, News Wires – Morocco’s only refinery will find it tougher to find a buyer the longer it stays closed as equipment ages and qualified staff move away, industry sources say, almost three years after operations were halted due to heavy debts.

One source said court-appointed trustees had received offers for the 200,000 barrel-per-day Samir plant, controlled by Saudi billionaire Mohammed al-Amoudi’s Corral Holdings and shut by the government in 2015 over unpaid taxes.

But he said trustees had failed to agree terms with potential buyers of the plant, which has total debts estimated at 44 billion dirhams ($4.7 billion), the equivalent of about 4 percent of the North African nation’s gross domestic product.

The source did not say why terms were not agreed for Samir, which was a victim of the crash in oil prices from their 2014 peaks that left the plant struggling to service debts some of which were linked to crude loaned when prices were higher.

“The longer the crisis drags on, the more difficult it will be for Samir to find a buyer,” said the source, who asked not to be named because of the sensitive nature of the subject.

He said this was “not only due to the piling up of debt but also because equipment is getting old and some of the best human resources are tired of waiting and have sought other jobs.”

Other industry sources and parties interested in the plant have previously said idling the refinery, which the government said owed 13 billion dirhams in unpaid taxes, made it more difficult to find a buyer.

Hussain al-Yamani, head of oil and gas industries at the CDT union, said the government should work faster to sell the plant in Mohammedia, about 20 km (12 miles) north of Casablanca, saying 20,000 jobs at the plant and in related industries were at stake. He also said delays would make a sale tougher.

Some staff at the refinery, which had directly employed 850 people, still show up for work, mainly to maintain the plant. But salaries have been slashed, hurting the economy of the town and prompting protests and sit-ins over the shutdown.

“We live in acute uncertainty,” said Farid Baroudi, 46, an employee whose wages were halved.

Trustees first invited bids for the refinery in February 2017 and have extended the deadline for offers.

Industry sources said in May 2017 that Swiss trader Glencore and U.S. private equity firm Carlyle Group teamed up to bid, aiming to recoup about $600 million in loans.

A banking source familiar with the situation said talks had not progressed, while the firms and trustees have not commented.

No further developments have been reported.

“Most offers are from parties whose capacity to relaunch Samir is shrouded in doubt,” said energy expert El Mehdi Fakir. “The complicated legal proceedings and debt are making it hard to sell.”

Corral, with a 67.26 percent stake in the plant, has sought international arbitration against the government, saying it breached an investment agreement and demanding compensation for the decision to liquidate Samir.

Yamani, head of oil and gas industries at the CDT union, said the state should nationalise Samir “to safeguard thousands of jobs and save Morocco’s refining industry” if no sale was agreed.

He said the shutdown was costing Mohammedia about 1 billion dirhams a year as a result of unpaid salaries and lost fees from services linked to the plant.