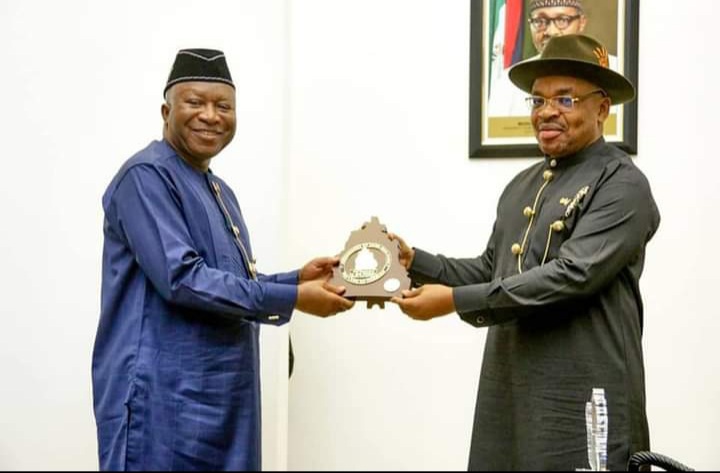 Port Harcourt — Akwa Ibom State Governor, Udom Emmanuel has advocated for integration of entrepreneurial skills geared towards creating wealth in the scheme of the Presidential Amnesty programme, to make ex-militants in the Niger Delta region, self-sufficient than depend only on stipends from government.

Governor Udom made this known during a courtesy visit on him by Interim Administrator of the Presidential Amnesty Programme, Col. Milland Dikio (Rtd), at the Government House, Uyo.

The Governor charged the Presidential Amnesty Programme, to partner Niger Delta States to identify specific needs such as reactivation of some moribund industries where repentant ex-militants can be employed and engaged in diverse skills to create sustainable wealth for the society rather than depend solely on stipends.

He also advised Niger Delta States to take advantage of the Presidential Amnesty Programmes, adding that if the programmes established for development of the region can be judiciously implemented to the benefit of the people, there will be peace in the region.

“I am one of those who believe that the stipends is not the solution to the whole programme. We have Ebughu Fisheries Terminal that has been dormant over the years, these are assets if reactivated and put into use would have helped in this amnesty programmes, stipends will not go anywhere.

“The Amnesty Programme could have set a target since 2009, and during the cause of their training they could also train sports athletes. There are endless opportunities that we can look beyond payment of stipends, so why not get these people engaged in so many other areas”.

Governor Udom further indicated that engaging repentant militants in agriculture and fish production will not only create wealth but will engage and put an end to restiveness.

“How can we sit back and design something that is home grown that will take these people off the stipends because the day you leave without paying them the stipends again, they will be at the government house gate to tell me you have not paid, but the issue is can we take these guys off the street the answer is yes there are various ways.

Earlier, the Interim Administrator of the Presidential Amnesty Programme, Col. Milland Dikio (Rtd), thanked Governor Udom Emmanuel for a warm reception accorded the team and announced plans to establish a liaison office in the State.

Dikio applauded the giant strides of Governor Emmanuel led administration especially in the Aviation industry, adding that his vision is to mould the ex-agitators from depending on stipends to being entrepreneurs and creators of labour.

‘’From economic perspective we think we must have a Liaison office in Akwa Ibom State. When I assumed duties I set for myself very key goals, to turn our ex-agitators from being dependent on stipends to being entrepreneurs and creators of labour.

“To add to that, is to train our people to be so competent that they will apply for any job without any fear of having the tag I am a Niger Deltan.’’