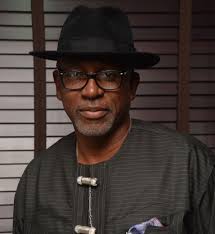 30 January 2016, Sweetcrude, Abuja — The Nigerian Content Development and Monitoring Board, NCDMB, said it has initiated steps to fashion out strategies that will protect local capacities that had been developed by oil and gas service companies over the past five years of implementing the Nigerian Content Act.

The Executive Secretary of the Board, Mr. Denzil Kentebe stated this recently at the event marking the load out and sail away of the Sonam non-associated gas wellhead platform, NWP, topside held at the Nigerdock yard in Snake Island, Lagos.

While celebrating the feat recorded by Nigerdock in fabricating the topside which is the largest ever made in Nigeria, weighing about 2,700 tons, the Executive Secretary stressed the need to ensure that such achievements are sustained and the gains recorded over the years are not eroded as a result of the crash in oil prices and cut back on projects.

He stated that “while we celebrate these feats, we are mindful of the current economic environment, lull in business and threat to these capacities.”

Kentebe explained that the new strategies will require all stakeholders of the industry to work together to see that new projects come out to sustain jobs and capacity in Nigerian facilities.

He added that the Federal Government was already taking steps to bring all stakeholders to the table to work out solutions to the challenge.

The Executive Secretary hailed the commitment of Nigerdock to the development of Nigerian Content, recalling that the company had recorded many firsts on several projects, including modules fabricated on USAN and Ofon for Total, Abang and Itut topsides for ExxonMobil and Meren and Sonam topsides for Chevron.

He remarked that “the capacity has not only been sustained but increased over time. Thousands of Nigerians have continued to be employed and trained. Nigerian suppliers have also been built up on the back of these projects and activities.”

An example is Wellmann Nigeria Limited which has developed the capacity to load out heavy fabricated modules by investing in the acquisition and operation of Self Propelled Modular Trailers (SPMTs), he said.

The Executive Secretary challenged other service providers to take a cue from Nigerdock and deliver quality and efficient service when given the opportunity, noting that every stakeholder has a part to play in making Nigerian Content work.

In his speech, Chairman of Nigerdock, Mr. Anwar Jamarkani disclosed that there has been a dramatic increase in the capability of indigenous companies since the signing of the Nigerian Content Act in 2010. He asserted that “many companies in Nigeria were inspired by the bold steps taken by Nigerdock and the Jagal Group.”

Jamarkani said the company was ready to take on more ambitious projects, stressing that Nigeria must domesticate its work in-country to be able to develop, build it future and train its youths. He lamented that the lull in industry activities had taken a toll on the company, noting that it does not have job orders ahead of six months, a situation that is threatening the job security of the company’s 1000 employees.

He charged regulators and operators in the industry to come up with initiatives to ensure that the enormous infrastructural and human capacity built up in the company and other service companies are not lost. “We are national assets and we are committed to the success of this government; we want more from Nigerian Content and we have to keep the engines of our companies running,” he added.