Lukoil warns against oil at $150 per barrel 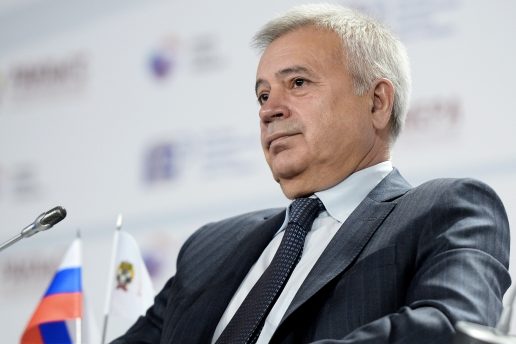 Speaking to reporters on the sidelines of the World Economic Forum in Davos, the CEO, said although he believes OPEC’s oil production cut agreement will stabilise oil prices, however, urged the group and its partners to prevent their “explosive” growth up to $150 per barrel.

“It seems that the governments of the oil producing countries are not happy with $70 and the race for a “mechanical bunny” starts again. We must bring them [the prices] back to normal, to the level of 2011-2012, and then smoothly withdraw from the agreement,”Alekperov said.

According to him, after a sharp drop in oil prices, OPEC countries said their projection was to have oil at $50 per barrel, however, adding that the producers seem not contented with that price anymore, leading to several extension of the agreement.

OPEC and Russia agreed to cut a total of 1.8 million barrels per day in output.

The deal targeted at removing glut from the oil market was initially valid in the first half of 2017 but since then it has been extended twice: first – until the end of March 2018, and later – until the end of 2018.
Tass/SweetcrudeReports.