on: September 03, 2022In: Community Development 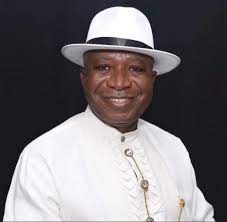 The ex-agitators said Dikio had been outstanding in the management of PAP as an interim administrator and had the capacity to fully actualise the mandate of the programme if given full powers of a substantive coordinator.

Nature recalled that recently 346 ex-agitators became the pioneers of TEM following their graduation from a notable skill acquisition facility in Ondo State.

The ex-agitator said 80 per cent of the graduates would be employed by the training firm in line with the provisions of TEM describing the Dikio’s initiative as the best solution to the problems of unemployment in the Niger Delta.

He said in the next six months, Dikio through TEM would have ensured the graduation of over 5000 ex-agitators with employable skills and entrepreneur’s capabilities.

Nature appealed to Niger Delta elders, leaders, youths and all stakeholders to throw their weight behind Dikio to enable him actualise his vision for PAP and the Niger Delta.

He described the PAP boss as a rare asset discovered during Buhari’s administration saying the Niger Delta would remain eternally grateful to the President if he would make him a substantive coordinator.

“It’s on record, that 346 delegates from the Niger Delta region just graduated from Bradama International Skill Works Limited Agadagba Ondo. Out of this number of youths, 80 per cent of them are going to have job placements. They are going to employ them with the same training they have given them.

“We are calling on all Niger Delta leaders, opinion leaders, youth leaders, elders, politicians to rally round Dikio and give him more support for greater achievements and development in the region.

“The greatest development, you can give to any young man or to any person is to give him skill and not just to give him skill, to also meaningfully engage him so that he can become independent and also become an employer of labour in future.

“What Dikio has done is indeed laudable and encouraging. It is the first time in the history of the Presidential Amnesty Programme that we see this kind of success. This his flagship programme called TEM, Train, Employ and Mentor has succeeded. This is the first graduation out of many graduation that will be unfolding in record time.

“We are appealing to President Muhammad Buhari to please confirm him as the substantive coordinator of this programme so that he will be able to finish the visions he has put in place. Over the years we have had people take over positions like this and began to initiate their own ideas. They abandoned what had been done and began to initiate their own concept and at the end of the day, bastardize the entire process.”

Nature expressed delight that over 250 ex-agitators were being trained by a professional firm in Ogoni on environmental cleanup.

“Over 250 ex-agitators are engaged in Ogoni land under a professional that has a track record in environmental cleanup. They are in that site, learning how to clean the environments and they will be employed.”