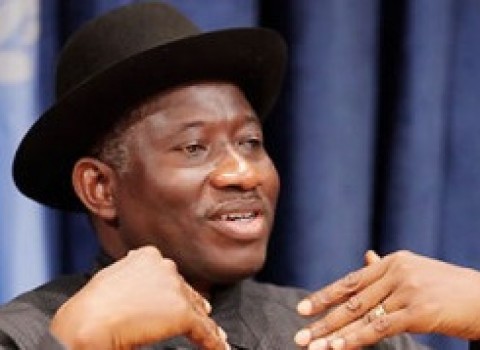 Lagos — Former Nigerian president, Goodluck Ebele Jonathan, has described fresh allegation by the federal government against him in the ongoing $1.3 Malabu case, saying it is “recycled falsehood that is blatantly dishonest, cheap, and predictable.”

In a statement his media adviser, Ikechukwu Eze on Saturday evening, Mr. Jonathan exonerated himself of all allegations, following a new law suit claim by the Nigerian government, accusing him and other officials who worked in his government of bribery and corruption.

The fresh case filed in a London court on April 8, saw the government demanding about $3.5 billion damages from Eni and Shell after alleging that the Malabu deal was “corrupt” and not done in the interest of Nigeria.

The government accused Eni, Shell, Malabu and other defendants of “fraud or/and bribery, dishonest assistance and unlawful means of conspiracy”, adding that the controversial block was undervalued even at the time it was sold in 2011 under the Jonathan presidency.

Why Mr. Jonathan is being dragged in long-standing case

The controversial Malabu scandal which involved the transfer of about $1.1 billion Shell and ENI, through the Nigerian government to accounts controlled by a former Nigerian oil minister, Dan Etete, was transacted and authorised during Mr. Jonathan’s administration through some of his cabinet ministers in 2011.

Prosecutors alleged that half the money ($520 million) for the payment of one of Nigeria’s juiciest oil block went to the accounts of companies jointly controlled by Abubakar Aliyu, popularly known as the owner of AA oil, and Mr. Etete. Anti-corruption investigators and activists suspect Mr. Aliyu fronted for top officials of Mr. Jonathan’s administration, as well of officials of Shell and ENI.

Although Shell and ENI initially claimed they did not know the money would end up with Mr. Etete and his cronies, evidence has shown that claim to be false.

Mr. Jonathan had also consistently denied being in the know of the fraud.

“The fact remains that as recent national events continue to vindicate former President Jonathan, and as the world continues to celebrate him, those who are insecure will feed such propaganda to their media agents to feed their inferiority complex,” the statement said.

“In fact, we expected something like this ever since it was announced that former President Jonathan would lead the Election Observation Mission of the Electoral Institute for Sustainable Democracy in Africa to South Africa’s national and provincial elections.

“We are well aware that this claim was ‘intentioned’ to eclipse the goodwill and positive reports of former President Jonathan’s diligent engagement in South Africa’s national and provisional elections.

“The fact that most major media houses in the country refused to republish this falsehood bears out our conviction that Nigerians can no longer be deceived by hollow and diversionary claims of corruption, in the face of worsening state of affairs in the country.”

“It bears repeating that the documents relating to the transactions and decisions of the Federal Government on the Malabu issue, during the Jonathan administration, are in the relevant government offices, where they are accessible.

“We would like to point out that all the actions taken by the Jonathan administration in relation to activities in the oil industry were legally conducted by relevant Nigerian government officials and were carried out in the best interest of the country.

“Finally, at the risk of sounding like a broken record, we will like to point out that whether in office or out of office, former President Jonathan still does not own any bank account, business or real estate outside Nigeria. It, therefore, beggars belief that so much useful energy is channeled by dark forces into this futile bid to bring down a man whose political ambition was not and still is not worth the blood of any citizen.”