Malawi electricity tariffs to go up 24.67% with diesel-powered generators 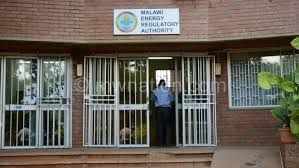 25 December 2017, Lilongwe — Malawians will start dipping deeper in their pockets to pay for electricity as Malawi Energy Regulatory Authority (Mera) has approved a tariff hike of 24.57% but has instructed the state-owned Electricity Supply Corporation of Malawi (Escom) to affect the raise when they start using the generators.

Mera chief executive officer, Collins Magalasi, disclosed that the energy regulator approved the tariff hike but have written Escom to put on hold the new tariffs because “people have not started enjoying the benefits of the improved service.”

Magalasi said Escom can implement the new tariffs when it starts supplying power from the diesel-powered generators expected to be expensive to run.

The terrific increase comes at a time when Escom has been rationing power due to reduced generation capacity from the potential demand of 351MW to current levels because of low water levels in Lake Malawi and its sole outlet the Shire River where over 90 percent of hydropower is generated.

The impoverished southern African country which relies on hydroelectricity has been hit by intermitted blackouts since last year, but the outages have recently worsened, lasting up to 25 hours. but Escom has said there has been an increase in power generation from 147 megawatts (MW) to 200MW and load shedding hours will be reduced.

Escom acting public relations manager George Mituka said that on their part, they rely on the amount generated by their sister company, Electricity Generation Company (Egenco).

A number of businesses and hospitals in the country had been forced to use diesel-powered generators to keep the lights on.

According to the World Bank, only 8% of Malawi’s 17 million people have access to electricity.