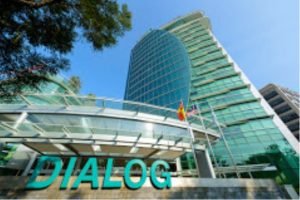 Singapore — Malaysian energy storage services provider Dialog Group is expanding its Pengerang oil storage facility in the southern peninsular state of Johor, as it seeks to tap growth in oil, gas and petrochemicals trade around the Malacca Straits.

Dialog will break ground on a project this week, which will be the third phase of development at Pengerang, to build oil products storage tanks that will be ready by mid-2021, Executive Deputy Chairman Chan Yew Kai told Reuters in an interview.

An oil company has already committed to leasing the tanks that will store 430,000 cubic metres of clean products for several years, Chan said, but declined to name the company.

Oil major BP has leased the tanks, trade sources said. BP could not immediately be reached for comment on the matter.

In the first two phases, Dialog built an oil products storage terminal, two liquefied natural gas (LNG) tanks and an industrial terminal, solely for the use by adjacent Pengerang Refining and Petrochemical (PrefChem).

Dialog plans to connect facilities across all three phases via an oil products pipeline to facilitate trade among clients storing fuel in Pengerang, Chan said.

“They can buy products if they are short and do fuel blending to their own requirements,” Chan said. “This is going to facilitate a lot of trading activities.”
Also Read: UK GAS-Prompt prices edge higher on undersupply

“We are inviting petrochemical companies to come in partnership with us to build, own and operate (the tanks). So, facilities are there for petchem plants, we provide tankage facilities and also the port,” Chan said.

The company is using only a part of the 600-acre land for the phase-3 development and there is still land in the first two phases for further expansion, he added.

For example, the company has received interest from traders to build a third LNG tank, he added.

“With Henry Hub (gas) prices at around $2, it makes it conducive to traders to buy, sell and break bulk, so there is a lot of interest by traders to talk to us to take up storage space for long term,” he added.

“The LPG demand is for cooking gas and industrial use in Malaysia and I believe there’s a shortage, so they are looking at bringing LPG into Malaysia and if it’s into Johor, it’s an ideal place for transhipment,” he said.

PrefChem has taken up just under a third of the land, and for the remaining, Dialog is working with the Johor state to invite companies to build refineries or petrochemical plants, Chan said.

Companies from the Asia Pacific region, including from China, are in talks with Dialog to conduct feasibility studies for such projects, he said.
like us facebook