Marathon’s board backs CEO amid calls for his ouster 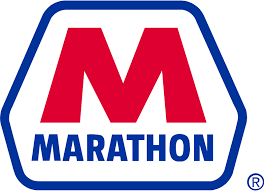 News wire — Marathon Petroleum Corp said on Friday the company’s board supported Gary Heminger staying on as chief executive officer amid calls for his ouster from two top 10 shareholders.

The demand from shareholders Paul Foster and Jeff Stevens comes when Marathon is already under pressure after activist investor Elliott Management Corp revived its call for the company to be split into three, saying it would boost shareholder value by as much as $40 billion.

Foster and Stevens, who together own about 1.7% of Marathon, agreed with “the majority” of Elliott’s proposals, but said an immediate management change was necessary to boost shareholder value. (bwnews.pr/2lFV9ck)

Billionaire Paul Singer’s Elliott, which owned 0.7% of Marathon as of June 30, according to Refinitiv data, was not immediately available to comment on the investors letter.

Marathon said the board firmly and unanimously supported Heminger, who has been the chairman and chief executive officer since the company separated from Marathon Oil Corp in 2011.

His membership of the board is due up for shareholder vote in 2020, according to Marathon’s 2019 proxy statement. Shareholders had at the 2018 annual meeting rejected a proposal for an independent chairman.
Also Read: U.S. drillers cut oil rigs for record 10 straight months -Baker Hughes

Elliott said its call to separate Marathon’s retail, refining and midstream assets was prompted by the company’s failure to deliver on past promises and “chronic underperformance”.

The company’s shares have fallen 6% this year, compared with a 7.4% gain in the S&P oil and gas refining and marketing index. At the year’s low of $43.96 in August, its shares touched 2016 levels.

Marathon has said it would “thoroughly evaluate” Elliott’s proposal and was focused on increasing shareholder value.

Another shareholder DE Shaw has backed Elliott’s call to split the company, a source familiar with the matter told Reuters on Wednesday. DE Shaw has a stake of about 0.9% in Marathon, according to Refinitiv data.

The Wall Street Journal had earlier reported on the Stevens and Foster’s letter to the board.
like us facebook