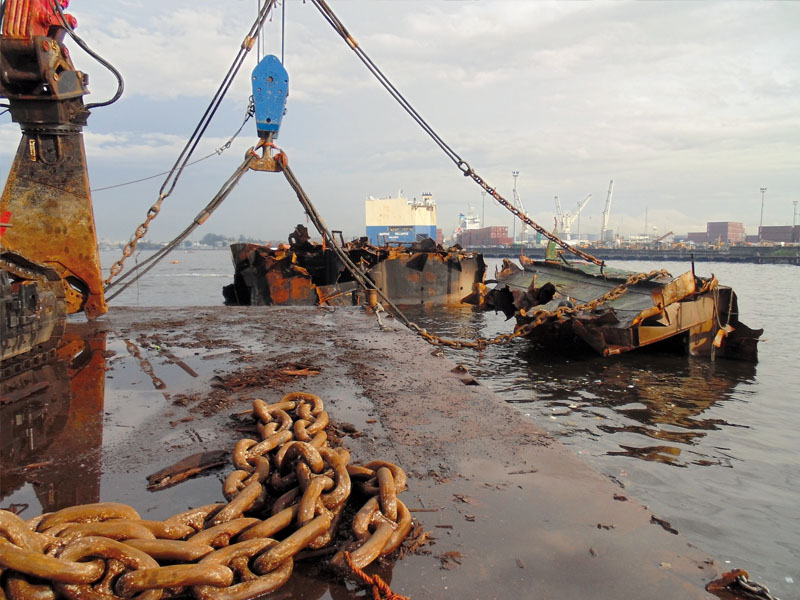 15 November 2017, Sweetcrude, Lagos — The members of the Nigerian Association of Master Mariners, NAMM, have called for a review of the sanction levied on owners who come to claim marine wrecks that have been removed from water channels.

Speaking at its Annual General Meeting where new executive members of the group were elected in Lagos recently, members agreed to push for such review.

Similarly, speaking during a presentation, Captain Ihenacho Ebubeogu said that wreck owners have formed a habit of leaving their wrecks on the water channels waiting for the government to remove them before coming forward to lay claims on these claims.

Ebubeogu explained that the law concerning wrecks in Nigeria also gives owners of these wreckages some level of protection as the law gives them one week to claim their wrecks or forfeit it afterward.

He advised the master mariners put their thoughts together in a presentation and forward them to the appropriate quarters if they want a change in the way wreck owners are to be sanctioned.

The former sailor also said that Pilotage services are veritable statutory tools used to achieve the provisions of the United Nations Convention on the Law of the Sea, UNCLOS.

He said “The reason for this is that when a ship comes from the high seas, approaches her port and especially when she enters the harbour, local knowledge of the water channel is essential to avoid accidents.

“Naturally, masters and navigating officers of merchant ships cannot be expected to know the navigational rules of every harbour at which they may call on their voyage.

“Their ships must, therefore, engage the services of local guides when entering or leaving a port or navigating therein.

“The International Maritime Organisation in its wisdom has since developed several recommendations to members’ states in organised pilotage in approaches to ports and other areas where specialised local knowledge is required”.