Maritime Academy of Nigeria gets best in class simulators 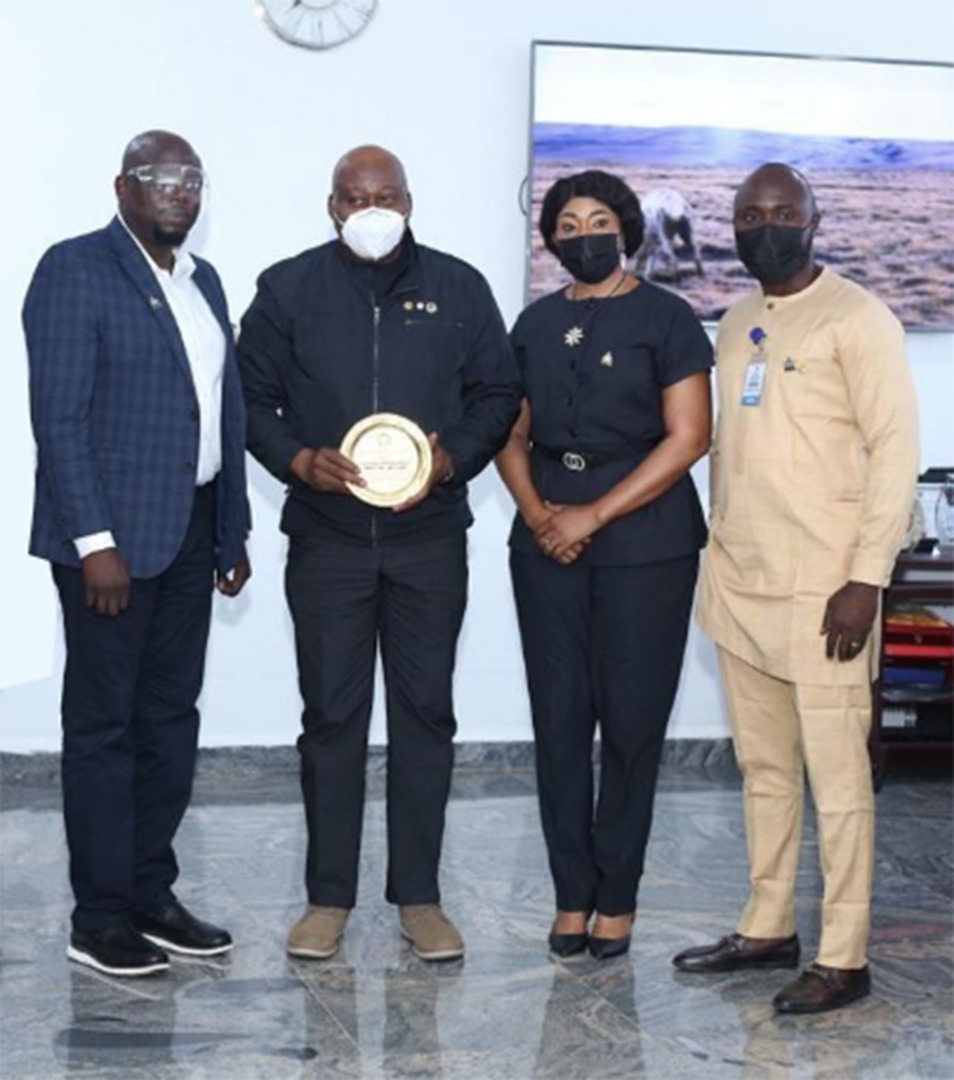 Lagos — As part of effort to enhance its profile and technical capacity, Maritime Academy of Nigeria, Oron now has three Major simulators, which is one of the latest in the world.

This was made known by the Rector of MAN Oron, Comr. Duja Efedua while hosting an executive delegation of Alumni of MAN Oron (AMANO), led by its President, Mr. Emmanuel Maiguwa.

The Rector who also received an award of excellence from the Academy’s Alumni Body commended AMANO led by Maiguwa for their continuous support the institution and the entire maritime sector. He also assured that his leadership has a goal to restore the Academy to its proper place as a world-class maritime training institution.

Effedua also expressed delight that most of the problems that bedeviled the institution in the past had been addressed, including the challenges of overcrowding of cadets in hostels and classrooms with a hostel room accommodating up to 18 cadets per room in the past, poor medical facility and poor transportation system.

According to him, the Academy was able to carry out an upward review of salaries, especially for contracted instructors with special skills, to be able to attract and keep quality personnel with regular training.

Noting that the Academy was expecting two Master Mariners to join in about a week and four more in the coming months, the MAN Oron Rector said this transformation has resulted in the employment of over 100 members of the host community, and assured that more would be employed as things progress.

He also mentioned that the Institution is now ready to start pursuing international certification and as a means to propagate the shipping profession to those who come on an excursion to the school, the Academy is working on a marine exhibition centre.

The Rector went further to opine that one of the reasons for the recorded failures in Certificate of Competency (CoC) is attributed to participants’ inability to attend classes as most of them tried to juggle between retaining their jobs on a ship and attending the CoC classes.

He, however, informed AMANO that the Academy had sent about 15 members of staff to India for training that will close most of the gaps limiting the Academy.

The Rector also seized the opportunity to introduce the newly introduced Security Certificates that addressed the issue of counterfeits, adding that the certificate could also be verified online.

The Alumni of Maritime Academy of Nigeria (AMANO) commended the Academy’s efforts to enhance its profile and technical capacity with more stimulators, better remuneration for staff, even as it initiates plans to build a modern marine exhibition center.

On his part, the President of AMANO Maiguwa Emmanuel thanked the Rector and his team for the reception and excellent work of transformation being carried out in the Academy.

He expressed confidence that if this is sustained for a few more years, the Maritime Academy of Nigeria will have the chance of becoming one of the top maritime training facilities in Africa.

Maiguwa stated than the aim of the visit was to enable AMANO to assess the progress on the ground and learn from the management how best AMANO could use its wealth of experience in the industry to support the Academy.

The alumni group also stated that the Academy must seek a special grant to make adequate funding available for the Academy to attract Active-Seafarers who will be motivated to share their work time between ships and Academy without losing remuneration.

“The current compensation is not attractive for attractive Seafarers, and their up-to-date knowledge and skills are required to impact the training of cadets that will compete. N600,000 is far too low to attract a sea-going Master Mariner of C/E to forgo a ship,” the President said.