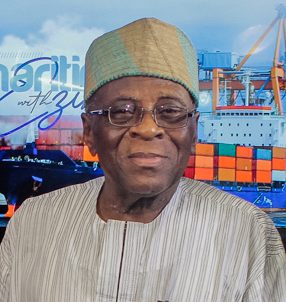 Lagos — Following the joint agency consultative meeting initiated by the maritime and ports industry regulators, maritime stakeholders have called for deepening and harmonisation of sector legislations to further consolidate the gains of the joint meeting.

Recall also that the one of the benefits of the maritime agencies collaboration is the decision by the NPA and NIWA to allow NIMASA be in charge of wrecks removal from the nation’s waterways.

Speaking to Sweetcrudereports, Chairman of the Port Consultative Council, PCC, Otunba Kunle Folarin, said that before now, there were conflicts amongst the government agencies because of the legal instrument under which they are operating in the maritime space.

Folarin also said that the new collaboration between them have now played down the conflict, noting that they have also been able to resolve issues within the ambit of the law.

He stated: “It is a welcome development and it is something that they should do regularly; it will resolve issues and remove all the encumbrances that are suffered by stakeholders who are operating within the port system.”

He, however, drew attention to the outstanding moves to amend some of the enabling maritime sector laws for more than ten years now and the National Assembly have received petitions to this effect and nothing has been done about it.

Similarly, a maritime lawyer, Barrister Osuala Nwagbara, also commended the regulatory collaboration adding that it will impact positively on the industry.

A source close to the House of Representative Marine Committee Administration and Safety, said that the collaboration could go beyond their decision on wreck removal adding that legislation could be amended such that it will enhance the operation of agencies with related functions.

The source also said that some of these legislations can be harmonized for efficient implementation adding that newly amended and harmonized laws can effect a seamless legislation for the industry.

“For example where NIWA wants to review their law and in the process of reviewing their laws, it can bring in solutions in the draft bill that encroach on NIMASA safety responsibility or NPA’s port operations regulatory responsibility.

‘‘Whenever there is a need for a law to be done, there will be no question of one of them trying to grab the statutory responsibility to the detriment of the other.

‘‘They can agree amongst themselves and talk in one voice. The collaboration could also make for a quicker resolution of issues in the sector.’’